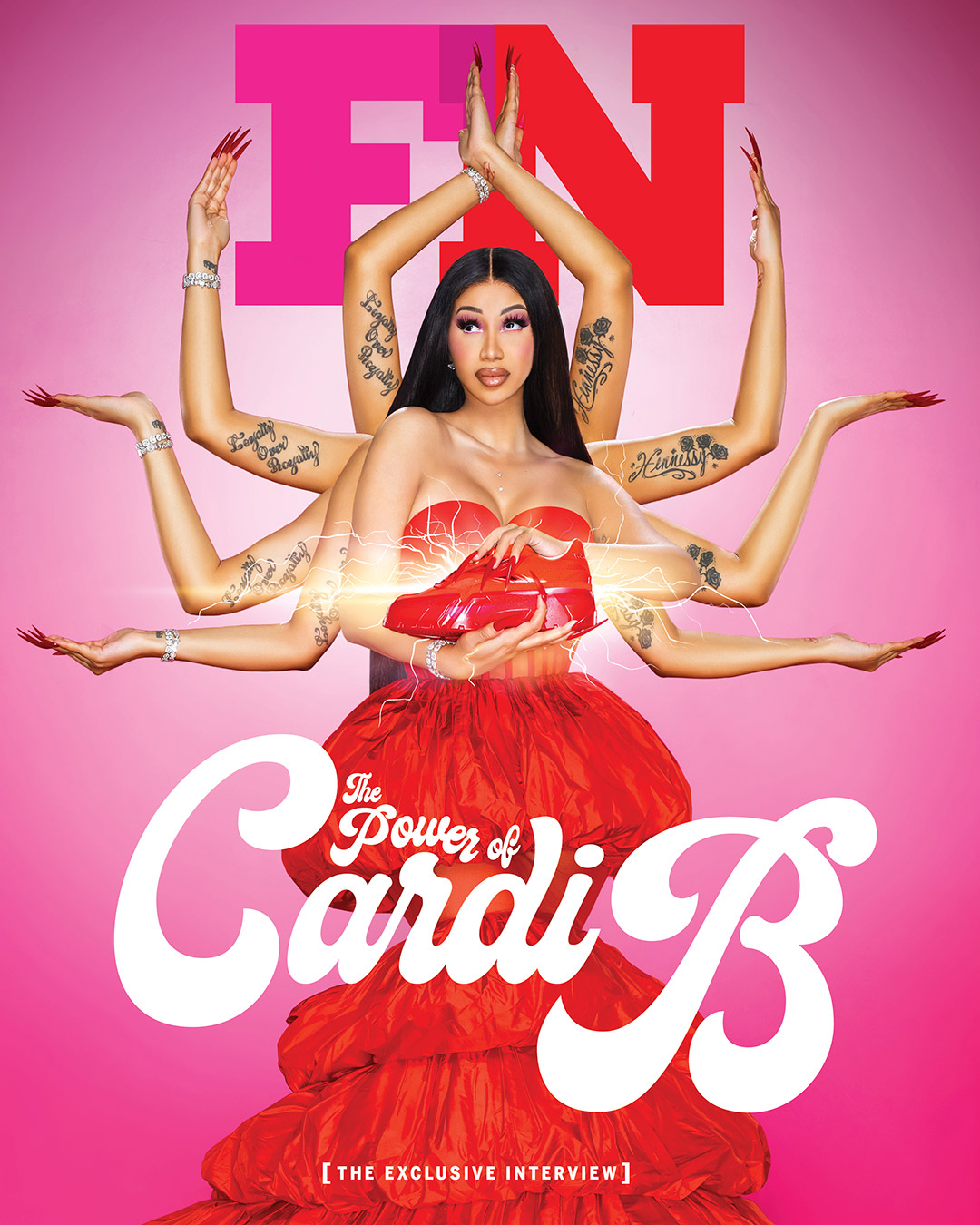 US rapper, Cardi B has tendered an open apology for imitating a Hindu goddess in her latest collaboration with Reebok on this month’s cover of Footwear News.

The 28-year-old received heavy backlashes for the cover and was also accused of ‘cultural appropriation after she appeared in a red dress, holding a red sneaker, with eight extra arms around her in a pose reminiscent of Durga.

The WAP singer, however, apologised and explained the shoot to her fans via Instagram stories on Tuesday, November 10.

According to the rapper, she was told she’d “represent a goddess, that she represents strength, femininity and liberation… and that’s something that I love and I’m all about.”

She continued, “And I thought that it was dope, but if people think I’m offending their culture or their religion I want to say I’m sorry. That was not my intent. I do not like disrespecting nobody’s religion. I wouldn’t like people to offend my religion.”

Cardi added, “I wasn’t trying to be disrespectful; maybe I should have done my research. I’m sorry, I can’t change the past, but I will do more research for the future.’

In a caption, she also wrote, “Sorry guys I didn’t mean to offend or disrespect anybody’s culture. I can’t change the past but I’ll be more cautious for the future.”

Footwear News has also issued an apology, stating that their “intent was to show a powerful woman” without considering “how this could be perceived as deeply offensive.”

After taking “full accountability for this oversight,” Footwear news has since released a new cover featuring Cardi, previously an exclusive for subscribers.