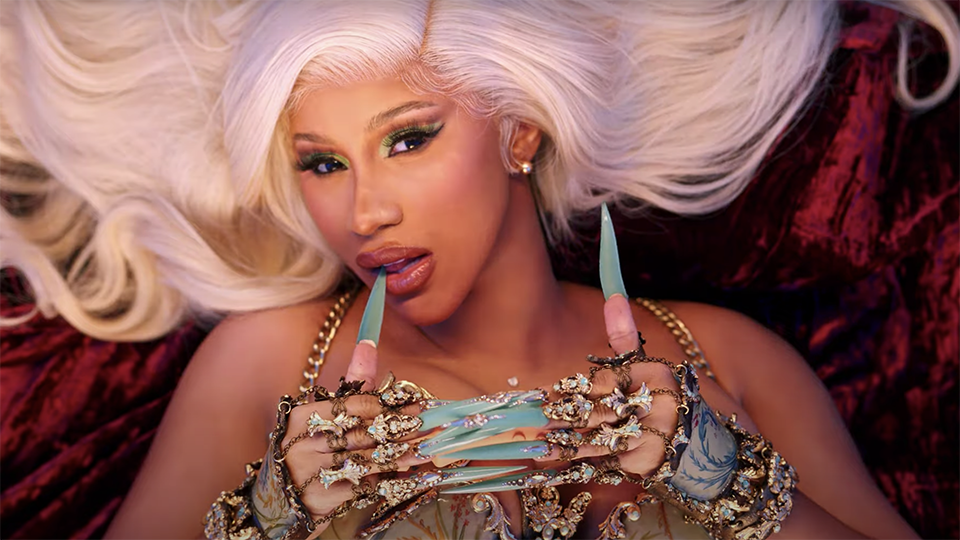 American rapper, Cardi B, has taken to the microblogging platform, Twitter, to admit that men deserve to get gifts for Valentine’s Day.

She further said although it’s imperative to get men gifts, it has to be less expensive than the women’s gift.

Cardi B who took it upon herself to give a bit of funny advice to her female fans said that if their partners get them flowers on Valentine’s Day, they should reciprocate the act by gifting them grass.

“Yes ! Men do deserve to get gift as well for Valentine’s Day, but the gift have to be less expensive than the girls gift . Soo if he buys you flowers you buy him grass.”

Yes ! Men do deserve to get gift as well for Valentine’s Day,but the gift have to be less expensive then the girls gift . Soo if he buys you flowers you buy him grass.

In other news, Cardi B has blasted trolls who think that she’s uncomfortable in her skin.

Popular American rapper and songwriter Cardi B has lambasted those who trolled her on social media over her skin.