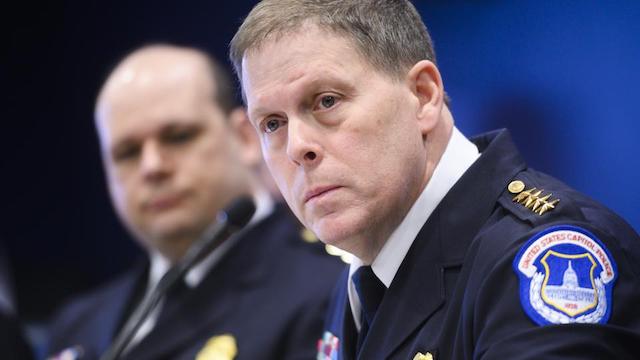 Capitol Hill Police Chief Steven Sund announced his resignation Thursday, in the wake of the overrunning of the building by Trump-inspired insurrectionists.

Sund tendered his resignation today as he allowed his men to be overwhelmed by the mob unleashed by President Trump.

NBC News, however, said his resignation will take effect from 16 January.

Capitol police came under fire after they appeared unprepared to block the Trump mob from causing widespread damage and forcing the nation’s capital into a lockdown.

One protester, Air Force vet Ashli Babbitt, was shot and killed by police during the unrest

Related Topics:FeaturedSteven SundUS
Up Next