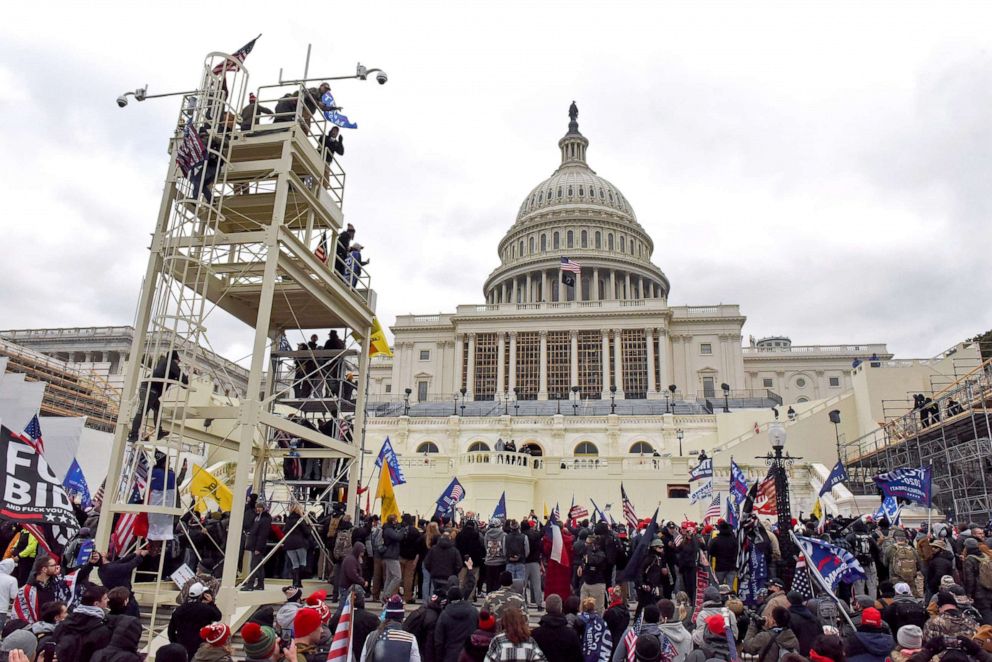 A Metropolitan DC police spokesperson has confirmed the death of the woman who was shot inside US Capitol during riots Wednesday afternoon.

DC police’s Dustin Sternbeck told CNN that the woman whose identity has not been revealed was pronounced dead at an area hospital.

“Yes, the adult female that was shot inside of the Capitol was pronounced at an area hospital,” said a spokesperson with the Metropolitan Police Department

Sternbeck said, “additional details will be forthcoming as this remains an active MPD investigation.”

Recall that Wuzup Nigeria, quoting AFP, reported that a white female was shot around the shoulder during the riot as pro-Trump protesters invaded the Capitol building.

“One shooting victim was transported from the Capitol,” a person attached to an emergency response unit told AFP, adding that there were “other injuries” in the chaotic protests and that the situation remained fluid.

Meanwhile, WuzupNigeria can confirm that despite the 6 pm curfew imposed by the Mayor of DC, Muriel Bowser, protesters have refused to leave over 40 minutes after.

One shot as pro-Trump protesters invade US Capitol