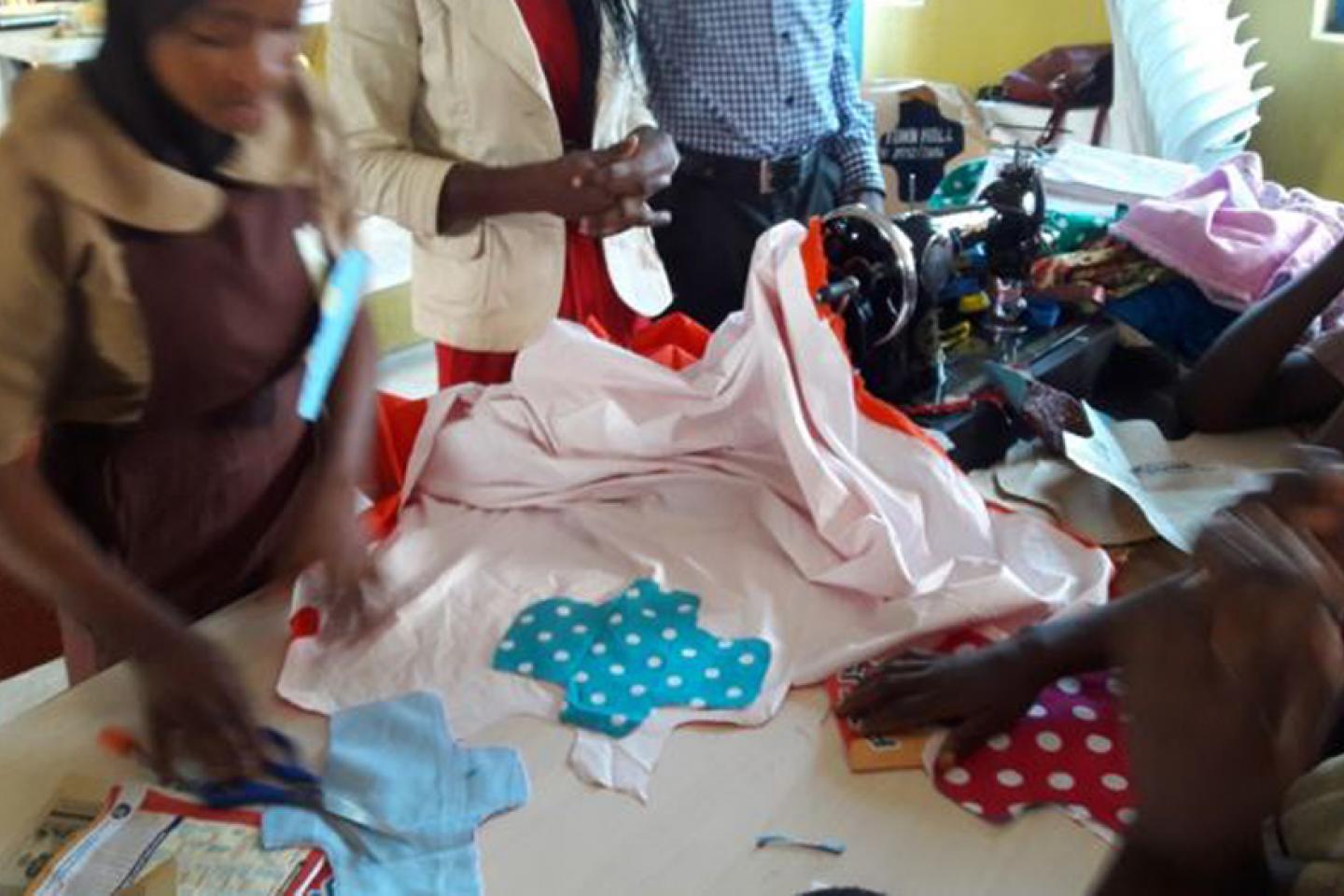 Speaking at the closing of the training on Wednesday in Abuja, the Executive Director, CAPIO, Rev. Father Ambrose Ekeroku, said that the project was established to build the capacity of female inmates.
Ekeroku said that female inmates had issues as their male counterparts which included lack of adequate space to live and play, poor nutrition, lack of water, sanitation, and lack of sanitary pads among others.
He lauded the advocacy efforts of the government so far, saying that CAPIO in partnership with some Non-Governmental Organisations such as the Association of Female Inmates and Returned Citizens (AFRIC) made the project possible.
This, he said, was also with the technical support of Paid-up Africa and funding support from Voluntary Organisation In-Cooperation In Emergencies (VOICE).
Ekeroku said that the project was to create enough sanitary pads for use by female inmates and sales to enhance their capacity after being reintegrated into the society.
According to him, the project which started in October 2020, has trained 29 female inmates and 10 wardens on how to make sanitary pads.
“The project also established a workshop equipped with five sets of sewing machines, sealing machines, bottling machines, and weaving machines.
“Other items include a 4.5 KVA power generator, scissors, tape rules, needles, buttons, rolls of thread, all required cloth materials and other stationery.
“The workshop can produce 300 sanitary pads a week, that is, 1,200 sanitary pads a month. Besides enriching the lives of women inmates in Suleja, it positions them for successful reintegration into society when they are released,” he said.
Also, the Controller General, NCOs, Mr. Ja’afaru Ahmed, assured the NGO that the initiative would be fully supported and sustained as well as replicated in other custodial centres across the country.
The controller-general was represented by the Deputy Controller-General, (DCG) Training and Staff Development, Mr. Sylvester Nwakuche.
Ahmed said that efforts were also on the way to give the product the requisite branding and endorsement in order to enhance its marketability.
He commended the inmates that had undergone the training and urged them to make the best of the knowledge as it had the potential of turning around their financial fortunes.
One of the inmates assured the organization on behalf of other trained inmates on the utilization of the opportunity that had been given to them while promising that they would all not go back to their vomit.
CAPIO is a non-profitable organization whose focal areas of intervention include but not limited to the provision of inmates basic needs, free legal services, and rehabilitation of inmates among others.
MORE READING!  Ekiti LG chair warns traders against hawking on roadsides
Related Topics:CAPIO
Up Next