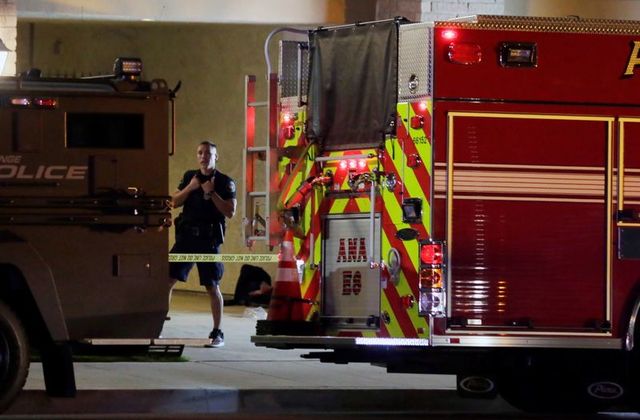 Officials say that no fewer than four people, including a child, were killed in a shooting at an office building in Orange, California, Wednesday evening.
Police said that the suspect was injured alongside another person and both are receiving treatment in a hospital.

Their conditions remain unknown at the time of this report.

According to police Lt. Jennifer Amat, the shooting happened around 5:30 p.m. Wednesday at a two-story office building in Orange, south of Los Angeles.

Although the motives of the attack remain hazy, Amat said that there was no ongoing threat to the public.

“As far as we know it was an actively evolving situation, so it was not contained to just one area,” Amat said.

Gov. Gavin Newsom called the events “horrifying and heartbreaking,” and said in a statement that “our hearts are with the families impacted by this terrible tragedy tonight.” (NBC)

Related Topics:California Shooting
Up Next