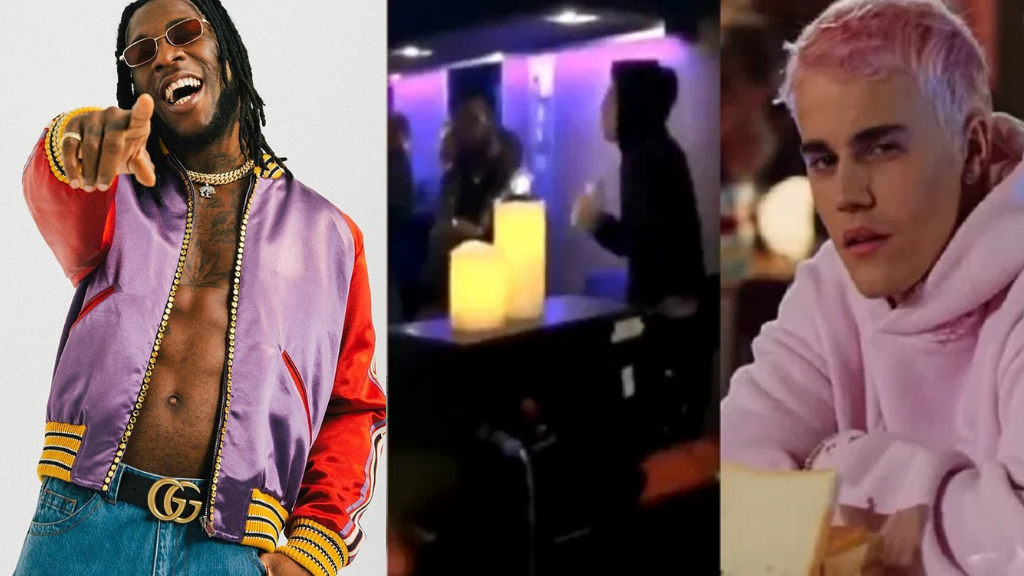 News had earlier made the rounds that the Nigerian singer is featured in Bieber’s forthcoming album, ‘Justice’.

A Twitter handle named @PopCrave in a post shared the list of featured acts on Justin Bieber’s forthcoming album ‘Justice’ and Grammy-nominated singer, Burna Boy’s name made the cut.

In the video clip, the self-acclaimed African Giant could be seen standing behind the producer while Justin stood in a corner as they listened to the music.