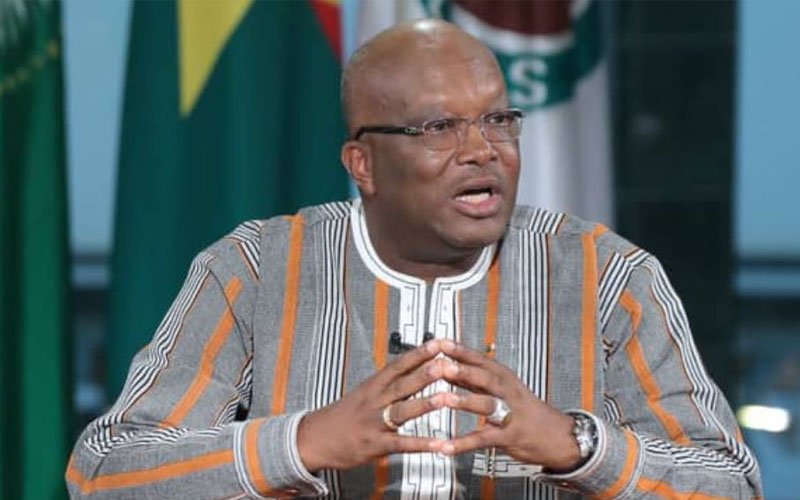 Burkina Faso President, Roch Kabore, has declared three days of national mourning after heavily armed gunmen killed more than 160 people in Solhan village over the weekend, according to local officials.

Human rights groups described the attack as the worst attack on civilians in the region in years, just as NPR reported that the assault on the village – near the border with the Niger Republic, is the latest incident in a region reeling from a recent coup and plagued by instability.

The militants executed members of a local defence force, killed civilians, destroyed houses and burned the local market to the ground, according to eyewitnesses.

Although no group has claimed responsibility for the attack yet, government officials blame the attack on “barbaric” jihadists linked to al-Qaida and the Islamic State and vowed to “neutralize the terrorists” responsible.

In a chat with Associated Press by phone, a local who remained anonymous for fear of his safety said he saw many wounded people while visiting relatives in a medical clinic in Sebba town, approximately seven miles from where the attacks occurred, according to LATimes.

“I saw 12 people in one room and about 10 in another. There were many relatives caring for the wounded. There were also many people running from Solhan to enter Sebba. … People are very afraid and worried,” he said.

Reacting, the United Nations Secretary-General Antonio Guterres expressed outrage over the killings and offered the world body’s full support to authorities in efforts to overcome the threats to the peace and stability in Burkina Faso, according to spokesman Stephane Dujarric.

“He strongly condemns the heinous attack and underscores the urgent need for the international community to redouble support to member states in the fight against violent extremism and its unacceptable human toll,” Dujarric said in a statement.

The Sahel region, along the southern stretch of the Sahara desert, has become a sanctuary for both al-Qaida and the Islamic State. terrorist groups as militants move regularly between Niger, Burkina Faso and Mali.