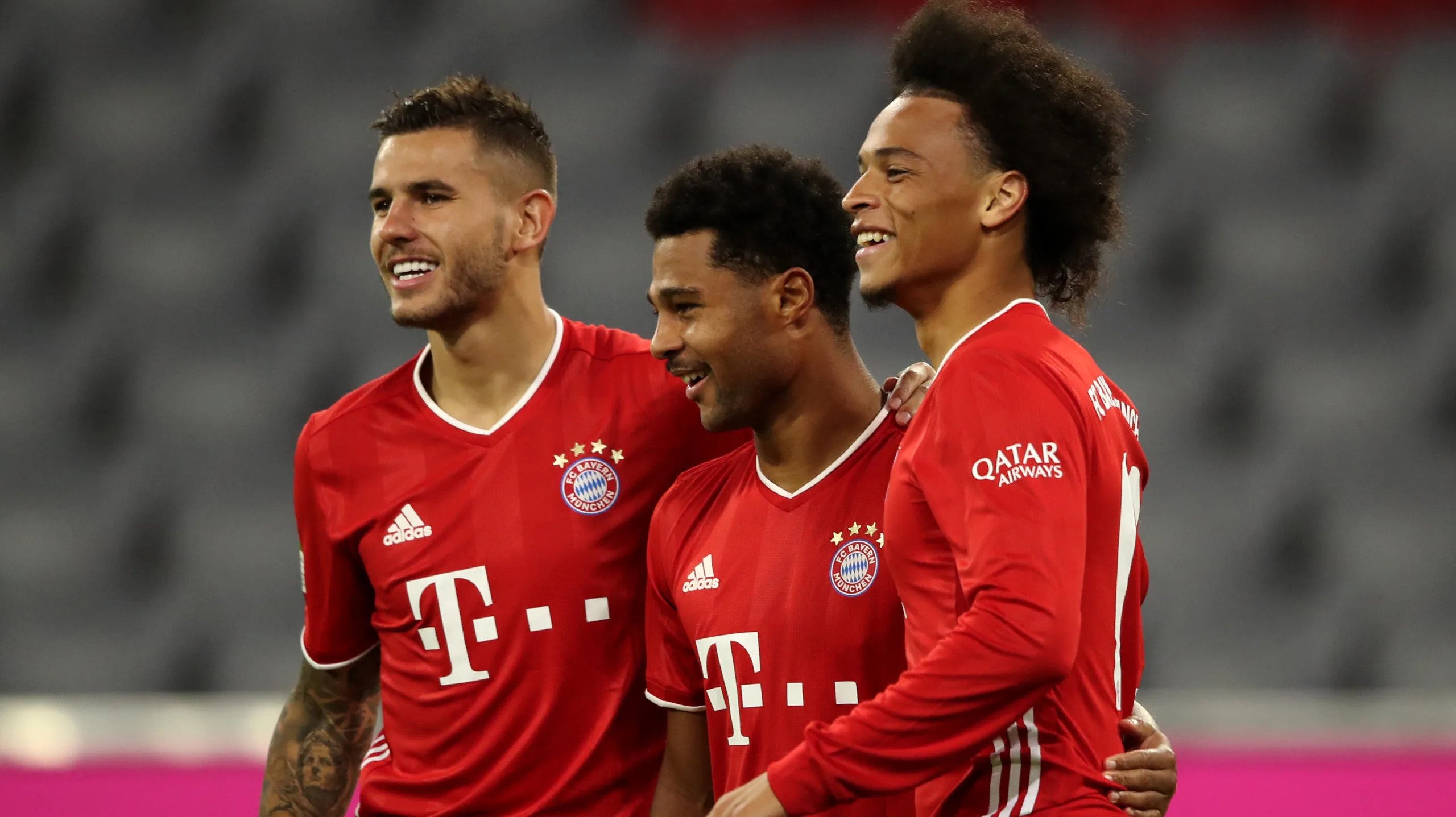 German and European champions, Bayern Munich, have begun the 2020/21 Bundesliga season with an 8-0 thrashing of opponents Shackle O4.

Hansi Flick’s men ended the 2019/20 season with a goal difference of 68 after scoring 100 and conceding 32 goals, making tonight’s wing a perfect way to break the previous season’s record.

Serge Gnabry’s goal scoring form appeared to have never been on brek after scoring a hattrick on the night against a powerless Schalke in the 4th, 47th and 59th minutes respectively.

Leon Goretzka also got on the scoring sheet by slotting in Bayern’s second in the 19th minute followed by the club’s goal-scoring machine, Robert Lewandowski, who made it three from the spot in the 31st minute.

The German champs weren’t done just yet as they continue the jolly ride into the net of the away team with three more new goal scorers after Gnabry ensure he opened the net in both halves.

Thomas Muller increased the tally in the 70th minute, followed by new signing, Leroy Sane, who also got on the score sheet a minute after.

Youngstar Jamal Musialamade it eight in the 81st minute to wrap up the 5-star performance of the defending champions.

NAFDAC raises alarm over looting of expired drugs in Kaduna