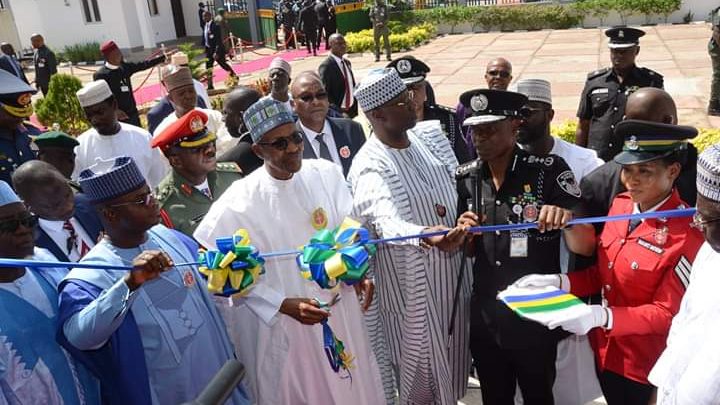 A heavy security presence has been reported at the Police College in Ikeja where President, Major General Muhammadu Buhari (retd.) is expected to launch the newly procured security equipment for security agency.

The security equipment, donated by the State Government, include Armoured Personnel Carriers, operational buses and vans, bulletproof vests, ballistic helmets, arms and ammunition, among others.

Armed military men, officers of the Department of State Services, policemen and other security agencies patrolled the grounds in a show of serious business.

The Nation reported that dignitaries and guests were strictly frisked before gaining entrance into the arena.

The Oba of Lagos Rilwan Akiolu I was also said to have arrived at the venue at 12.30 pm with three chiefs.