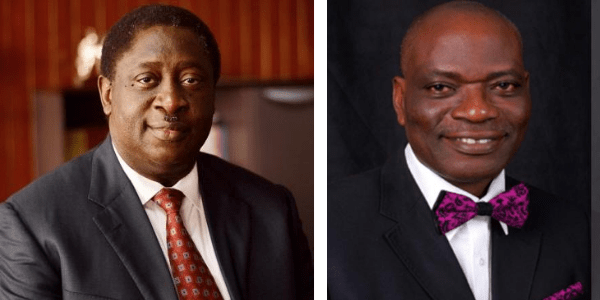 The Federal Government has sacked the Pro-Chancellor and Chairman, Governing Council of the University of Lagos (UNILAG), Wale Babalakin.

Spokesman of the Ministry of Education, Ben Goong, who broke the news in a statement yesterday, said Prof. Oluwatoyin Ogundipe was also directed to recuse himself as Vice-Chancellor, adding that a panel has been set up to probe the crisis rocking UNILAG, the Guardian reports.

The panel, which is chaired by Tukur Sa’ad, former Vice-Chancellor of the Federal University of Technology, Minna, has Victor Onuoha, Ikenna Oyindo, Ekanem Braide, Adamu Usman, and Jimoh Bankole as members.

Expected to submit its report within two weeks, the seven-man panel is to review the report of the council sub-committee on review of expenditure of the university since and make an appropriate recommendation after given those indicted an opportunity to themselves.

It is also expected to examine steps taken by the council leading to the removal of Ogundipe in order to determine whether due process was followed in accordance to the stipulated universities act and whether a fair hearing was adhered to.

The committee, which will be inaugurated by the Minister of Education, Mallam Adamu Adamu, Wednesday, August 25, 2020, is also expected to come up with a decision to assist the government in ensuring peace in the university.

The Governing Council of UNILAG had removed Ogundipe from office over alleged financial misappropriation and abuse of office. But Ogundipe kicked against his removal, saying due process was not followed.

Giwa to Buhari: You can’t use CAMA law to silence the church