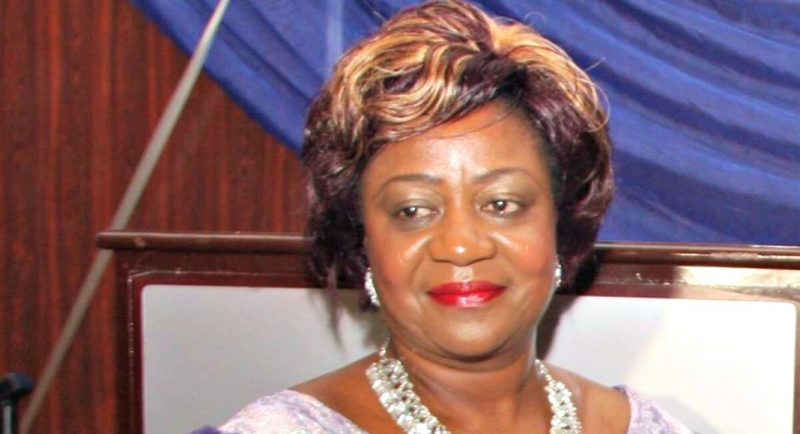 Following the Senate’s rejection of the nomination of Lauretta Onochie as a Commissioner of the Independent National Electoral Commission, the Presidency on Tuesday has reaffirmed its confidence in her.

WuzupNigeria reported that the presidential aide was denied the opportunity to be one of INEC’s commissioners because, according to the Chairman of the Committee on the Independent National Electoral Commission, Kabiru Gaya, in his report, Onochie did not satisfy the provisions of the Federal Character Principles.

But The PUNCH reported a Presidential source as saying, “The fact that President Muhammadu Buhari — who made the nomination — had not chosen to withdraw it shows that he still has faith in the process and Onochie’s candidature is viable. So far, he hasn’t withdrawn his confidence in Onochie.”

Onochie’s nomination attracted public outcry because of her open partisanship and the fact that her appointment would have amounted to a breach of the federal character principle.

Senator Kabiru Gaya (APC, Kano South), the Chairman of the Committee, had disclosed that the petitions against the Presidential aide were against the backdrop of her involvement in politics and alleged membership of a political party.

Gaya said, “In the case of Ms Lauretta Onochie, we studied her curriculum vitae and other relevant documents, followed by exhaustive interaction around the petitions against her nomination which she responded to accordingly, including attesting that she is not a registered member of any political party.”

Attempts to get a response from the Special Assistant to the President on Media and Publicity, Mallam Garba Shehu were futile.

Calls to his mobile phone indicated that he was unreachable. He had yet to respond to a text message sent to him as of the time of filing this report.