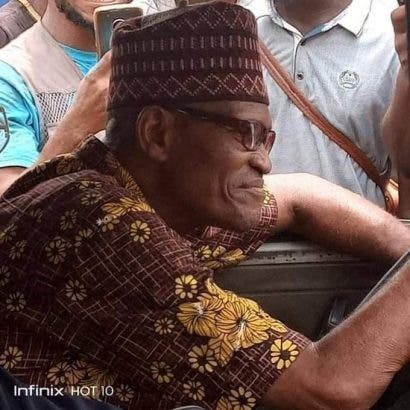 Before seeing this photo of a doppelganger, I never actually believed tales of my grandma who strongly believes that there’s always someone out there who looks exactly like you.

She would say to me in Yoruba ‘meji-meji lada eniyan’ meaning there’s two of you in the world.

Her assertions were confirmed today after the doppelganger of the President, Major General Muhammadu Buhari (retd.) was spotted in a commercial bus, known as danfo.

In a twist of fate, however, Buhari’s doppelganger works as a commercial bus driver commonly called ”Danfo” and as a result of his trade he has attracted a number of passersby who initially thought he was the President.

Photos of the president shared on popular micro-blogging platform, Twitter by a user @harri_010, with the caption – “Buhari look alike spotted in Lagos”  has sent netizens into a frenzy. 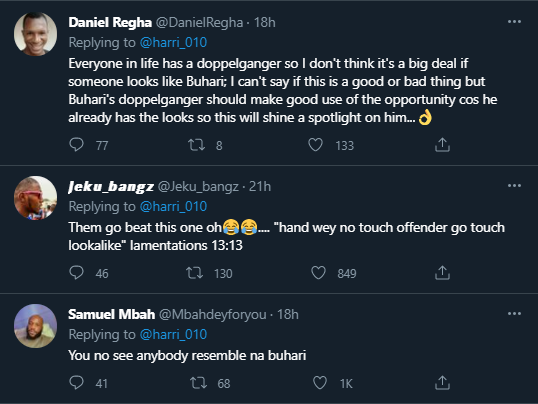