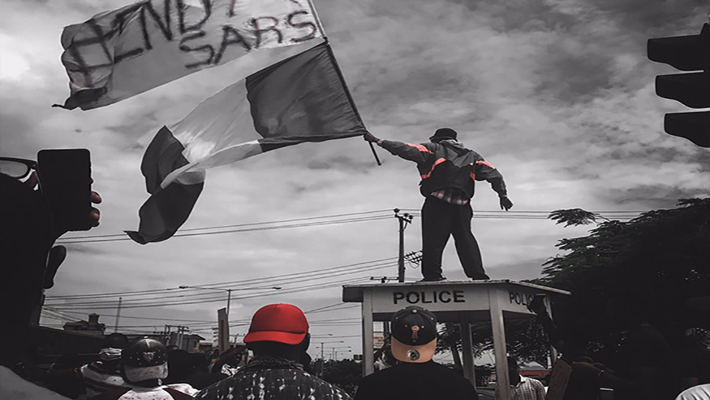 Amnesty International alleged that the federal government led by the President, Major General Muhammadu Buhari (retd) is covering up those responsible for the #Lekkishooting.

Recall that Nigerian was thrown into a state of shock when soldiers of the Nigerian army opened fire on #EndSARS protesters at the on October 20, 2020.

According to the non-governmental organisation, the government has subjected supporters of the protest to intimidation instead of bringing suspected perpetrators of the Lekki shooting to justice as well as the Alausa attack to justice.

In a statement issued 100 days after the Lekki Toll Gate shooting the NGO reiterated that “the #EndSARS protest was about seeking justice after years of police brutality and lawless operations of SARS; a notorious unit of Nigerian Police @PoliceNG known for torturing its victims with complete impunity while fomenting a toxic climate of fear and corruption.”

Speaking further, Amnesty International lamented the lack of action over the protest that reportedly resulted in the death of no fewer than 12 protesters.

“Instead of bringing suspected perpetrators of #Lekki shooting to justice and prioritizing genuine police reforms, Nigerian authorities have been abusing their powers by subjecting those who supported the protests to intimidation, harassment and smear campaigns.

“The bloody events of 20 October 2020, when Nigerian security forces killed at least 12 people during the violent dispersal of peaceful #EndSARS protesters at Lekki and Alausa, have cast a shadow over Nigerian society that lingers to this day.

“Since the assault by security forces, which killed at least 12 people, Nigerian authorities have targeted supporters of the protests against police brutality by the disbanded SARS. Some of the movement’s supporters have had their bank accounts frozen.

“Nigerian government failed to bring to justice those suspected to be responsible for the brutal crackdown by security forces on peaceful #EndSARS protesters at Lekki toll gate and Alausa in Lagos in October 2020 and have brazenly attempted to cover up the violence.,” says AI’s Director in Nigeria, Osai Ojigho, as the body called on the Nigerian government to suspend accused officials, pending investigations, and to ensure that victims access justice and effective remedies.

A number of Nigerian celebrities including DJ Cuppy, Mayorkun, Seun Kuti, amongst others, joined in the NGO’s campaign seeking justice for the lives lost during the protest, as do millions of Nigerians.

Related Topics:#EndSARS#LekkiShootingamnesty international
Up Next