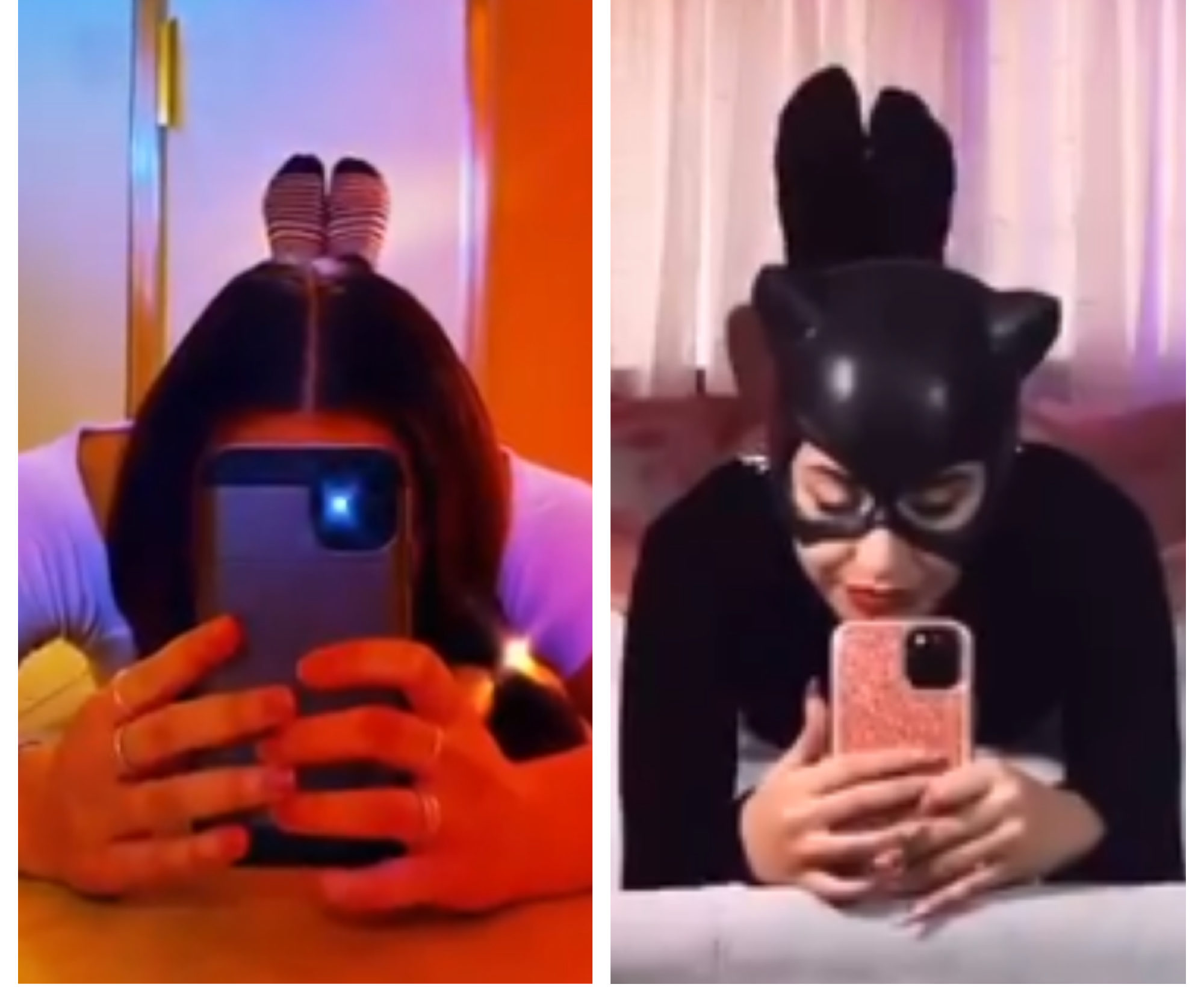 It wasn’t too long that #SilhouetteChallenge sent hearts racing on social media as ladies go nude under red lights filter but as the challenge which came after #BossItChallenge oozed out, an unfiltered butt revealing Bugs Bunny Challenge has started trending on Twitter and it all began on TikTok.

You all might be familiar with the iconic animated cartoon character, created in the late 1930s, known as Bugs Bunny, well the challenge might bear its name but the challenge ends with a naughty note that has nothing to do with the actual Bunny.

While Bugs Bunny would feature in the new Space Jam movie, a sequel to the 1996 original which featured NBA legend Michael Jordan, TikTokers, away from the movie, dubbed the challenge as such because it features a song that includes the lyrics “Bugs Bunny” and involves making your feet look like bunny ears.

MORE READING!  My mother prayed about my anger issues for 15 years ― Keppy Ekpenyong

Each video starts with the person lying on their stomach, usually facing a mirror. Then, they pop their feet, usually in white socks, over their head to make them look like little rabbit ears. Finally, they flex, point, and wiggle their feet to further emphasize their new lil ears. And that’s it. That’s the trend.

The second-half broken down by WuzupNigeria:

Bustle noted that there is a more salacious/thirst trap-y second half to the trend which some people have chosen to omit from their TikToks.

So just like people went nude under the red light filter that does little to blur the viewers’ vision to nudity during #SilhouetteChallenge, the second half of this new challenge has no filter nor censor whatsoever as users unveil their butts (with underwears) – viewers discretion is advised.

How Bugs Bunny got mixed up in the trend:

According to Bustle, The trend features a slowed-down version of the song “Гучи”, which translates to “Gucci,” by Russian artist Timati featuring Egor Kreed. (The part recognizable from TikTok starts at 1:48.) The lyrics heard in the TikTok challenge roughly translate to “I’m the dirtiest rabbit, Bugs Bunny/Throwing money in the sauna, bucks in the bath/I mix Mentos with Cola for fun.”

The phrase “баксы в ванне,” which translates to “bucks in the bath,” sounds a lot like “Bugs Bunny.” It’s a pun. The challenge is based on a pun.

Watch some video attempts to #BugsBunnyChallenge below: