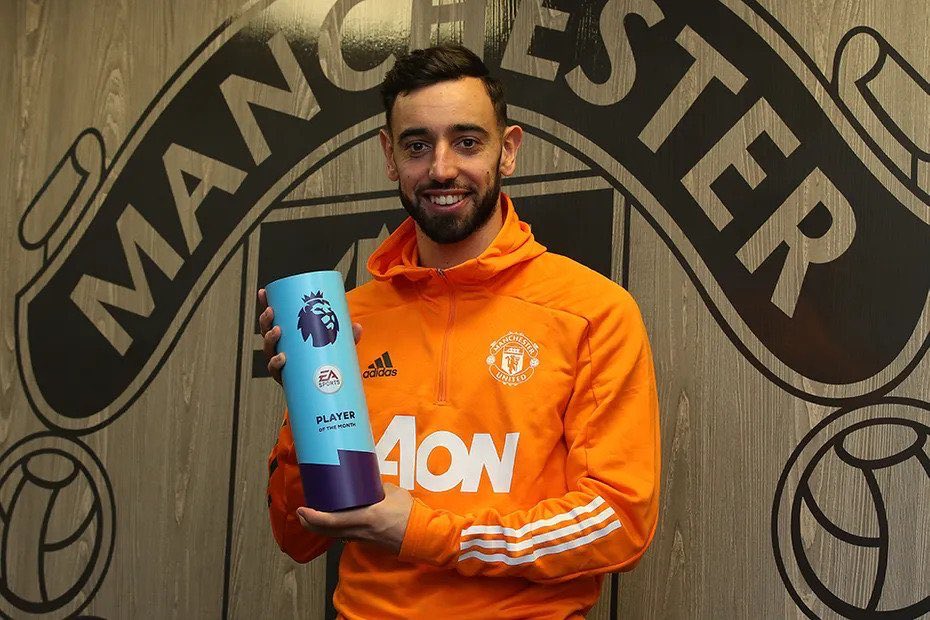 The Portuguese became the first player to win the award four times in a calendar year, having also done so in February, June and November 2020.

“Three goals and four assists was a complete month,” Fernandes said after receiving the award. “Scoring and assisting your team-mates is perfect. I want to achieve other trophies and awards but I’m really happy to make history.”

Fernandes began December by inspiring a 3-1 comeback win at West Ham United as a half-time substitute, assisting Paul Pogba for the equaliser.

He then scored twice and created another in a 6-2 victory over Leeds United, before being involved in all three goals against Leicester City and Wolverhampton Wanderers.

Under the space of just 10 months in the Premier League, after only joining the club last January, transfer, Fernandes now has as many POTM awards as Cristiano Ronaldo, Dennis Bergkamp, Thierry Henry, Frank Lampard, Paul Scholes, Alan Shearer and Jamie Vardy

United are now three points clear of defending champions Liverpool who they face at Anfield on Sunday in their quest to end a seven-year trophy drought.