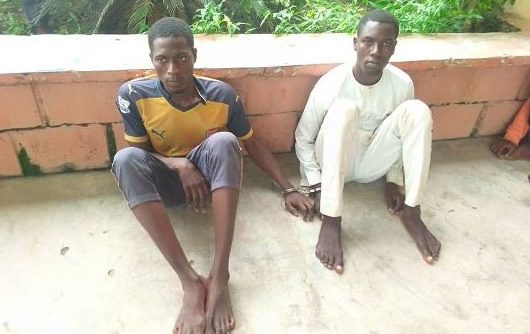 Chief Magistrate Hauwa Baba Yusuf while sending Hassan and Abdullahi, who are also brothers, wondered “what people like the convicts derived from assaulting and defiling little girls”.

The four victims were pupils of the convicts at an Islamic school.

The oldest of the victims is 11, while the youngest is six, the court was told.

The suspect pleaded guilty, asking the Magistrate to tamper justice with mercy.

Justice Abiola Soladoye of an Ikeja Sexual Offences and Domestic Violence Court yesterday sentenced a surveyor, John Otema, to 53-years imprisonment for raping a 19-year-old student of the University of Lagos [UNILAG].

Justice Soladoye found the convict guilty of a two-count charge of rape and assault but absolved him of guilt in the rape charge of another student.

The charges were brought against the convict by the Lagos State government.

The court sentenced Otema to 50 years in prison for rape and three years for assault on one of his victims. Both sentence run concurrently.

Otema was said to have physically assaulted one of the victims by hitting her several times on the face as well as choking and biting her back.

“Women and girls like every other member of the society should be respected and not be turned into prey by sex maniacs,” Justice Soladoye said.