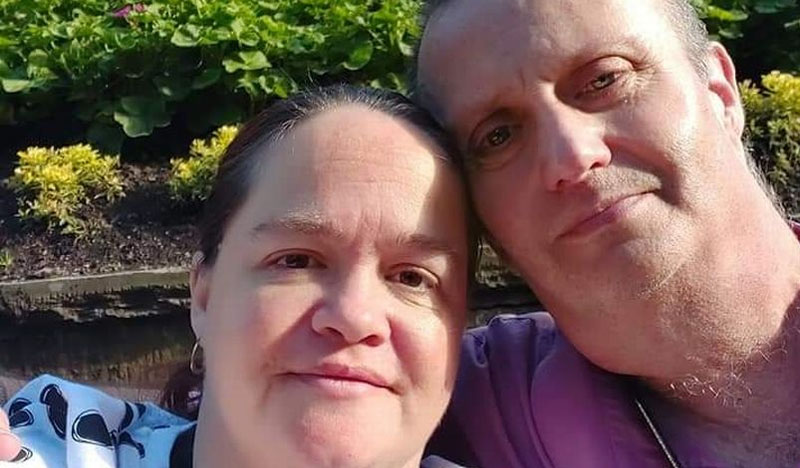 38-year-old Alison Wynn’s dream of getting married to her lover of 21 years has been dashed after her future husband died at the altar just minutes before they were due to exchange vows.

Dad of eleven Paul Wynn, from North Ayrshire, Scotland, collapsed at his own wedding venue.

Alison was already walking down the aisle at Saltcoats town hall with their son on Friday when tragedy struck, Ayrshire Live reports.

Paul had been told by doctors he had cancer eight days before he died and the couple decided to wed before his time was up.

Medics had broken the terrible news to Paul that the disease was in his pancreas and that it had spread to his liver and lungs.

He was given anywhere between six weeks and two months left to live.

The Stevenston couple brought forward their nuptials in a bid to get hitched in the short time they had left together but, tragically, their final wish wasn’t fulfilled.

Alison said, “If I had known we didn’t have long I would’ve tried to arrange the wedding for the beginning of the week. He never actually got any treatment.”

Alison realised she’d left her flowers at home and waited around 10 minutes outside the town hall for a friend to bring them to the venue.

She said, “By the time I had gotten my flowers and went up the stairs. Everything seemed to be okay although Paul seemed to be a bit uncomfortable by this point and his kilt had been loosened a wee bit to help him feel more comfortable.

“He had actually been wheeled up in an office chair into the lift and taken up the stairs as he had no energy to get up to the room. He was out of breath and struggling from what I was told.”

But as Alison made her way into the room, she quickly realised something wasn’t right as Paul was slumped in the chair that had brought him to the ceremony.

“By the time I got to him I called his name a couple of times,” Alison said.

First-aiders dashed to help Paul by administering CPR and using a defibrillator, but he couldn’t be revived.

“It was hard,” Alison admitted. “It’s taken me a wee while to get to where I am now and every day just seems to merge into one.

“It feels like only yesterday that it happened. I’m having to get up and moving every day for the sake of my children but I can’t eat.

“Paul and I lost a child in 2004 after I had a miscarriage so it gives me a bit of comfort that he’s up there with our child. His mother passed away in 2020 so at least he’s with her now too.”