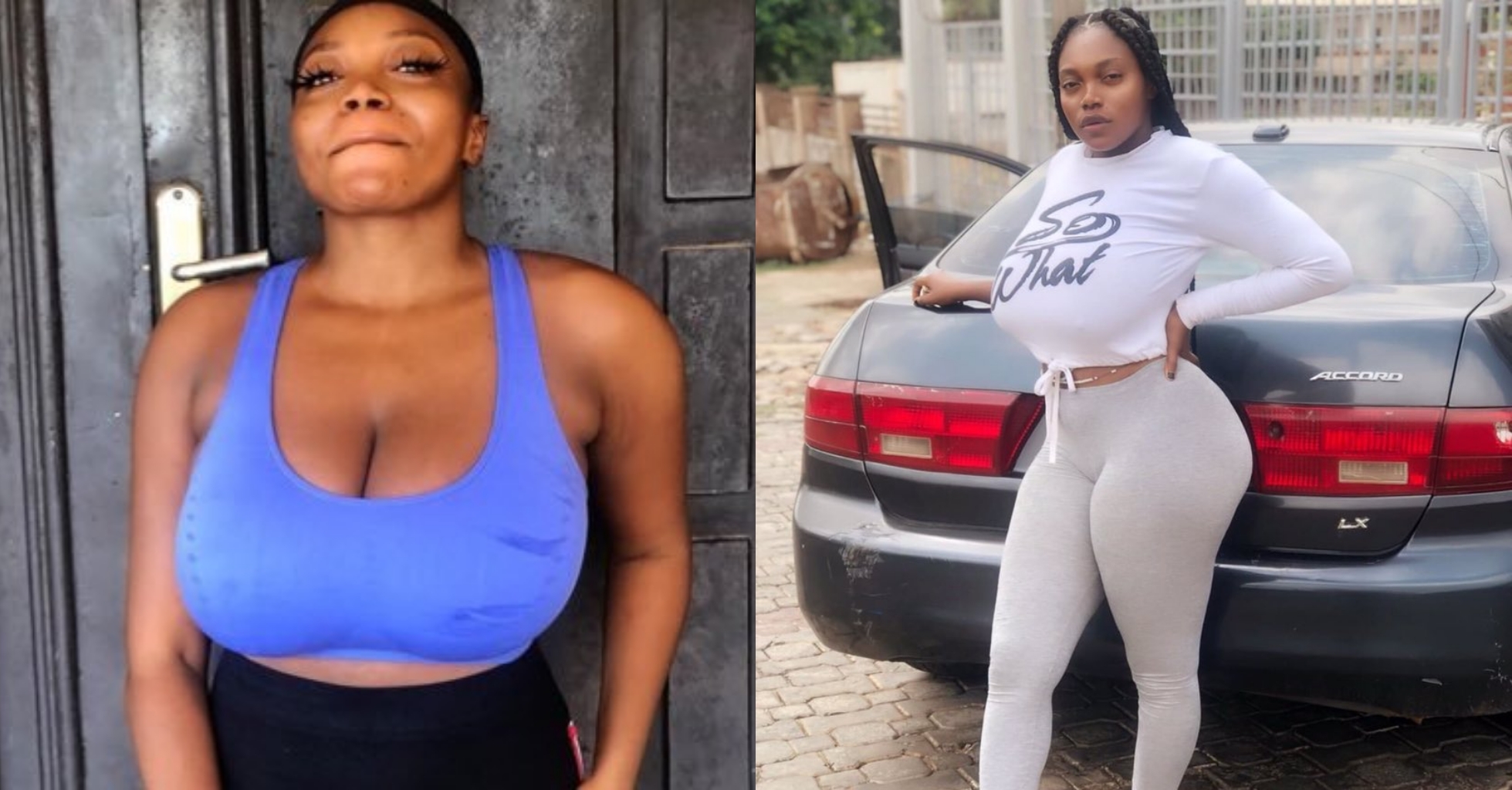 A Lady has taken to Twitter to state that a lady’s bride price should be determined by the size of her breast.

According to the lady identified as Queen Cindy, the amount of bride price that would be paid on her will be determined by whether a breast is big or small.

while many agreed to the statement, some disagreed.

“some will end up getting nothing” 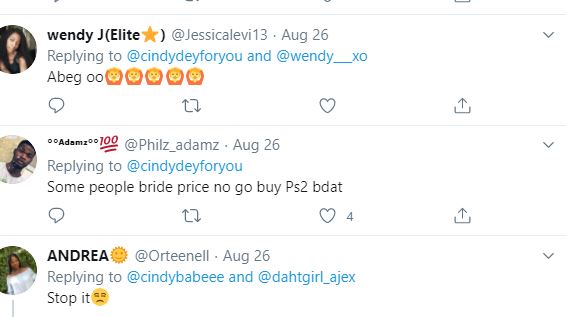 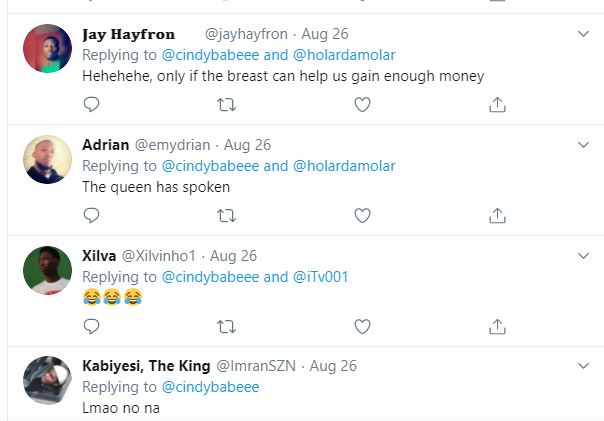 Beautiful Hausa lady takes to Twitter in search of husband

Rapper Ikechukwu reveals girlfriend, says he kept it lowkey for fear that the world would scatter them