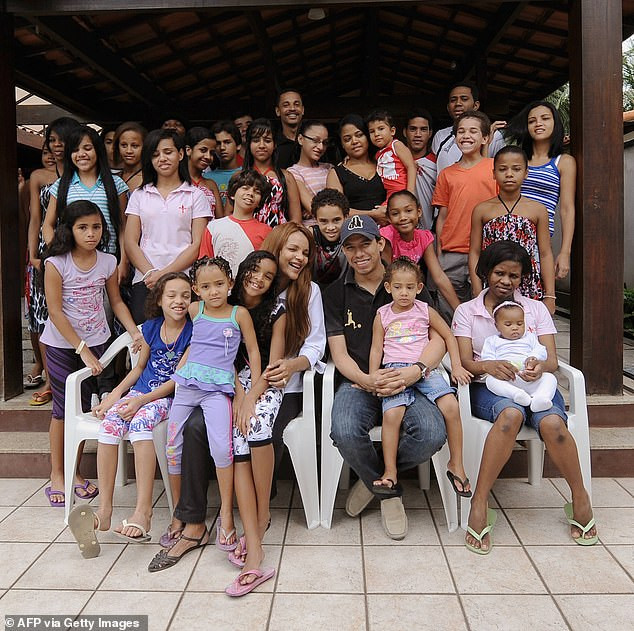 A Brazilian Congresswoman, Flordelis de Souza has been charged with ordering the execution of her Pastor husband with the help of at least 10 of their 55 children.

Pastor Anderson do Carmo was shot more than 30 times at their home in June 2019.

In a statement released this week, the Rio de Janeiro state police said a total of 11 people have been charged in connection with the crime, including six of Souza’s children and one granddaughter.

Investigators believe up to 10 of her children may have been involved in the crime, local sources say.

The couple shared 55 biological and adopted children together.

Police issued nine arrest warrants and 14 search warrants in the cities of Rio de Janeiro, Niterói, São Gonçalo, and Brasília, where the congresswoman has an apartment.

Police said Souza’s motive was ‘a struggle for power and her financial emancipation.’

An arrest warrant is yet to be issued for Souza, who is an elected federal deputy and as such enjoys parliamentary immunity.

Police confirmed that a copy of the investigation with evidence of the charges had been sent to the lower house of Congress.

It was also revealed in the statement that she could be stripped of her parliamentary position, allowing for criminal proceedings to be pursued further.

Investigators said a family row broke out and Souza’s husband blocked her from giving ‘preferential treatment’ to her favourite children.

They allege that the Congresswoman made several attempts to poison her husband at least six times before finally ordering several of her children to kill him.

“The conclusion the investigation reached was this: that she planned this cowardly murder,” the homicide chief Antônio Ricardo Lima Nunes told reporters.

“The motive was that she was unhappy with the way in which pastor Anderson lived his life and handled the family finances.”

At the time of his death, Souza, who was formerly a gospel singer testified to police that her husband had been killed during a robbery.