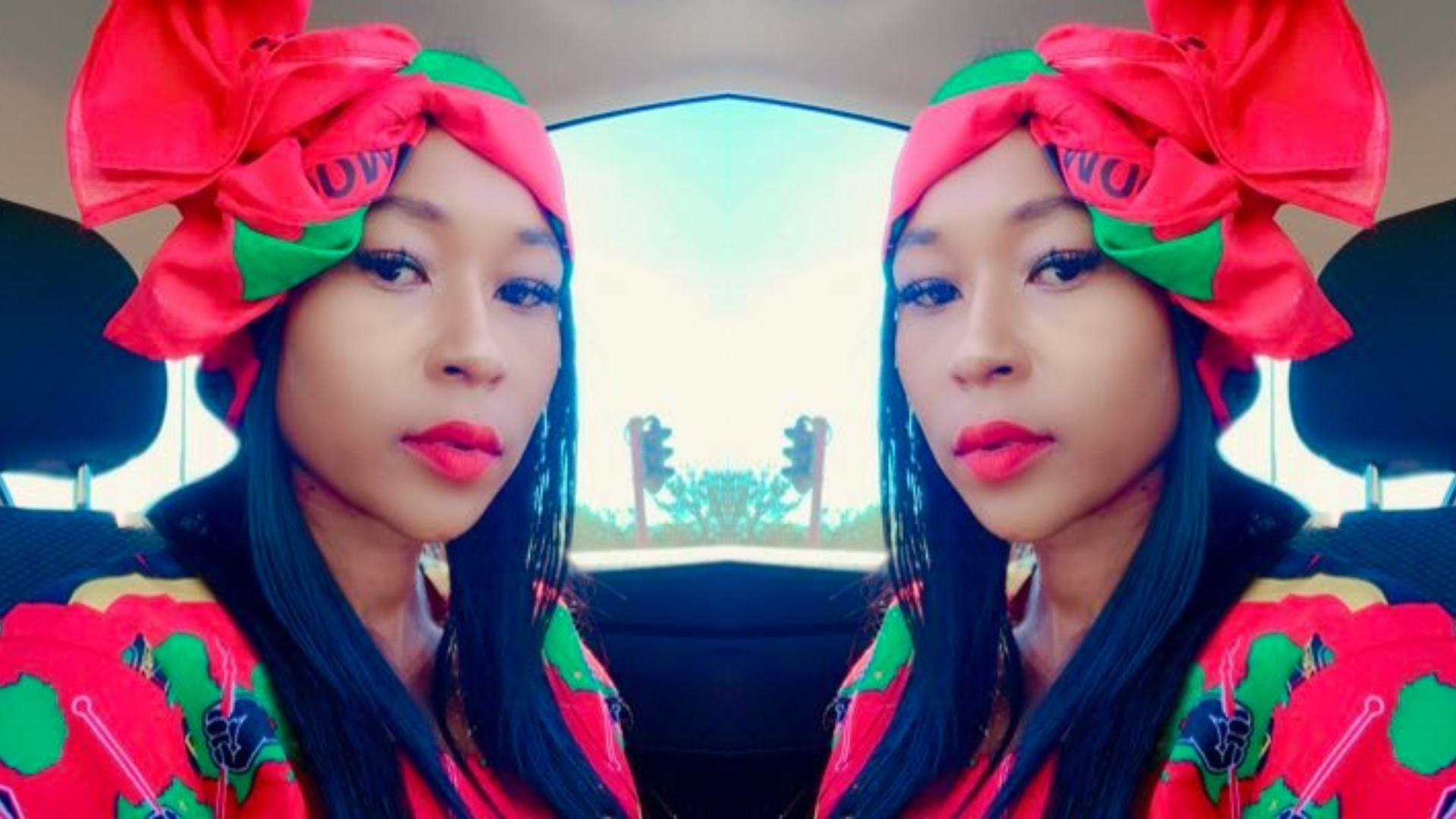 A woman has taken to the microblogging platform, Twitter, to share how she dealt with her lover after she caught him in bed with another woman.

The Twitter user identified as Sewela31 said she acted like nothing happened and even forgave him after he begged.

Then, after he was hopelessly in love with her again, she took revenge by cheating on him.

“I once found my ex in bed with some chic at his place. greeted them and went back to my car without drama. he apologized, I forgave him, we were happier than ever before. 4 months later when he was madly in love again, I did the same thing to him. to this day he still hates me”. 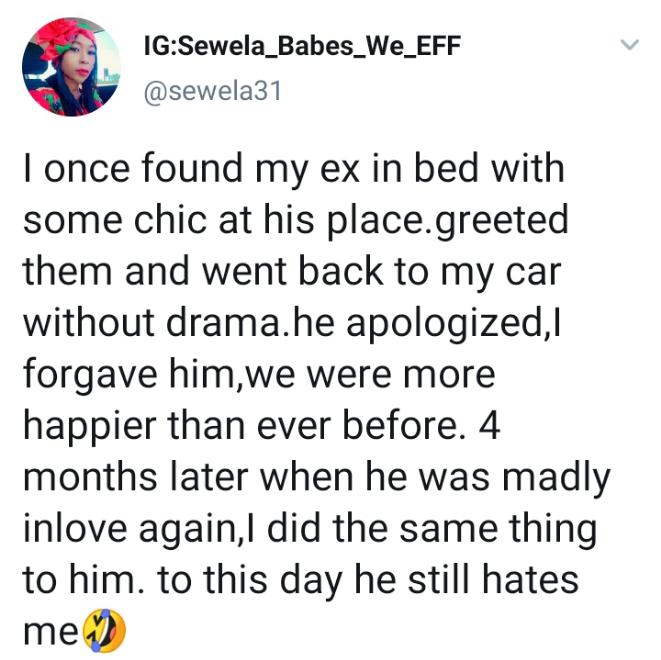 In other news, six youths have been sentenced to death by hanging following a judgement by Justice Abdulazeez Waziri of a high court in Yola, the Adamawa State capital for armed robbery.

The convicts, one of whom a final-year student of Modibbo Adama University, Yola, were found guilty of mounting illegal roadblocks and stealing from passengers at gunpoint.

Justice Abdulazeez Waziri of the state High Court 4 said they deserved no less punishment for their actions.

In the course of the prosecution, which took nearly six years, the prosecutors called eight witnesses and tendered six documents as exhibits.