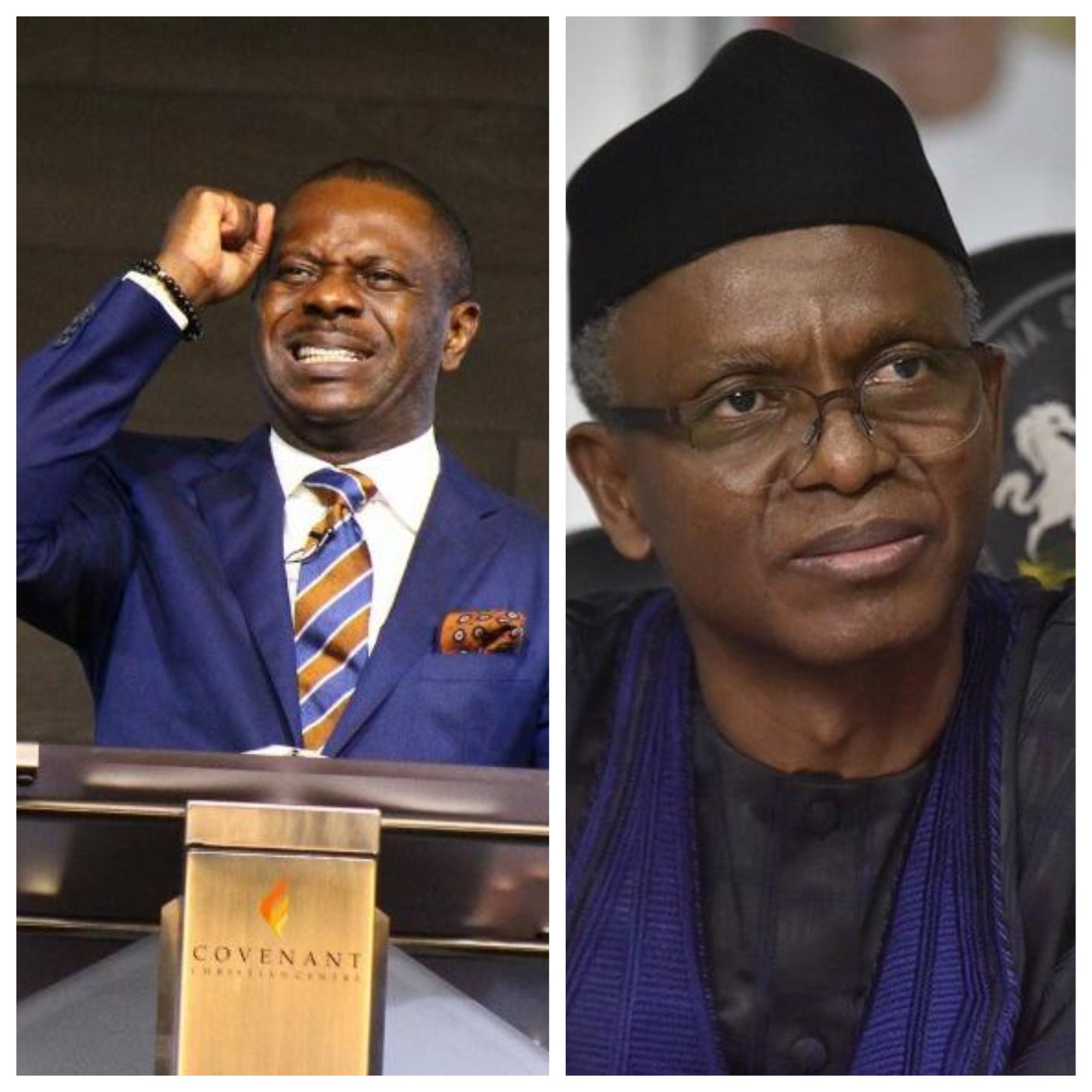 Nigerians on social media have threatened to boycott The Platform, an annual interactive session anchored by Covenant Nation, if the organisers fail to withdraw Kaduna State Governor, Malam Nasir el-Rufai, the list of speakers and panelists.
The embattled governor has been heavily criticised in recent times following the manner he handled the abduction saga involving 23 students of Greenfield University, Kaduna.

This probably explains why Nigerians reacted negatively after seeing his name included as guest speaker on the list of dignitaries for The Platform 2021.

In his stead, some Nigerians clamoured for Pastor Poju Oyemade to swap El Rufai for either Borno Governor, Babagana Zulum or his counterpart in Benue, Samuel Ortom.

Many who took to the popular microblogging site, Twitter, to vent their anger described the governor as ethnic bigot and religious extremist.

The call for his removal from the conference’s panellists comes amidst the spate of violence and unrest in his state, including kidnapping and killings.

Citing the Kaduna State’s 2020 Annual Security Report, the Peoples Gazette reported that 937 people were killed by bandits and 1,972 kidnapped within the period.

El Rufai was also accused of bias against Southern Kaduna, which was obvious through his alleged snubbing of Christians during his cabinet appointment.

Some Twitter users further revisited a recent interview on Channels TV where the governor accused Christians of sponsoring terrorism against fellow Christians with aids from abroad.

Some even made reference to the Nigerian Bar Association’s removal of El-Rufai as a guest speaker at its Annual General Conference, in August 2020, over allegation of ethnic and religious bias against the governor.

His inclusion sparked outrage and protests among several lawyers, who threatened to withdraw their participation, as they accused the governor of human rights violations, allegations the governor denied.

Consequently, the protests led to the removal of the governor from the list of speakers billed for the conference in 2020.

A Twitter user, @cremechic11 wrote: “Dear @pastorpoju, we are annoyed and disgusted! We are insulted, that you would bring an ethnic jingoist into such a prestigious gathering. Especially one who has slandered the Christian faith. We will have NOTHING to do with you till the evil man is gone.”

@danoladoja, however, called for caution saying that “While there are tons of evidence to show that @elrufai has erred in words and judgment this does not in any nullify the fact that this gentleman is a critical part of the power block in Nigeria right now.

“For context, Paul the Apostle engaged the most atrocious leaders of his days even Jesus Christ gave Pilate an audience before his crucifixion. We cannot influence society by distancing ourselves from the power brokers. Peace to those who want to #BoycottThePlatform”

Another user, @firstladyship cited NBA’s withdrawal of invitation given to el-Rufai to appear as a speaker at its conference, she wrote; “NBA distanced itself from the divisive Elrufai, for GOOD REASON. Apart from superintending the killing of Christians in Southern Kaduna, & his “body bags” statement, El-Rufai have no legitimacy being among a congregation of brethren. We are unequally yoked!” she said.

The 2021 edition of The Platform, billed for May 1, is themed, “Is the devolution of powers the solution to Nigeria’s problems?”

Aside the choice of El Rufai, other guest speakers expected at event are Ekiti Governor, Kayode Fayemi, his counterpart from Rivers, Nyesome Wike as well as former Minister of Aviation, Osita Chidoka.