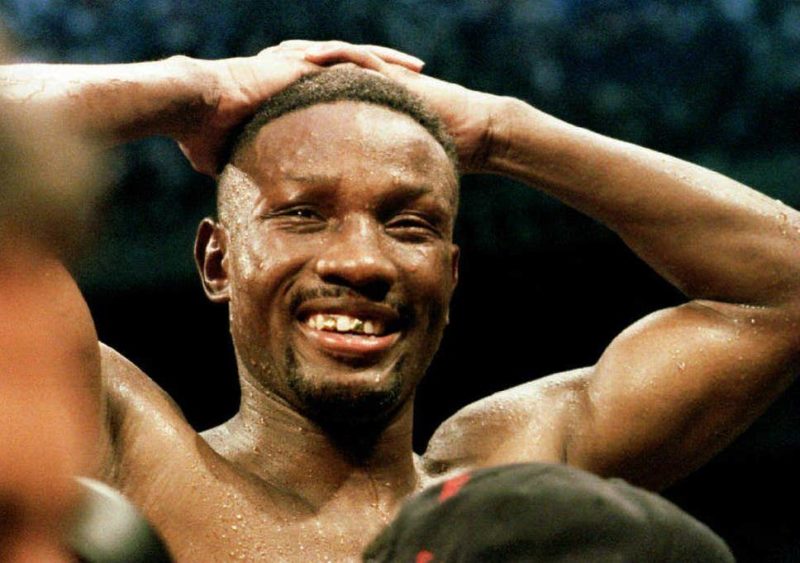 The 55-year-old was killed after being struck by a vehicle at an intersection in Virginia Beach on Sunday, police said in a statement.

“When officers arrived on scene they located an adult male victim who had been hit by a vehicle,” the statement said.

“The victim succumbed to his injuries on the scene.”

Police said the driver of the vehicle involved in the accident remained on the scene and was helping with inquiries.

Whitaker was regarded as one of the most gifted fighters of his generation, a skillful technician who enjoyed a successful professional career after winning gold as a lightweight at the 1984 Olympics in Los Angeles.

He fought 46 times as a professional, winning 40 with 17 knockouts. He suffered four defeats, one draw and a no contest before his retirement in 2001.

Whitaker, affectionately known as “Sweet Pea”, was named fighter of the year by Ring magazine in 1989 and was regarded as the best pound for pound boxer in the world during the early to mid-1990s.

The two fought a bruising battle which went the distance in San Antonio in September 1993.

Many pundits believed Whitaker had won the fight but it was scored a majority draw.

The defensive-minded Whitaker would also go on to lose another hard-fought battle against Oscar de la Hoya in 1997 when he put his WBC welterweight title on the line.

After a comprehensive defeat by Felix Trinidad in 1999, Whitaker fought on before finally retiring following a loss to lightly regarded journeyman Carlos Bojorquez in April 2001.