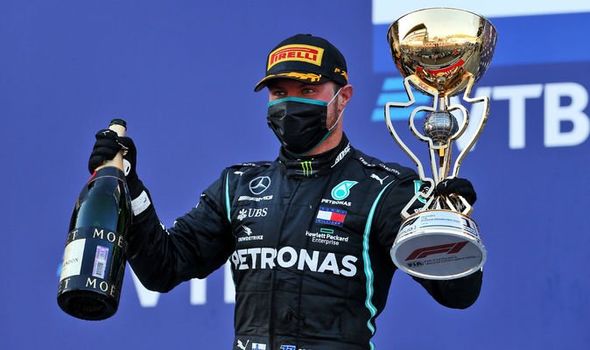 Valtteri Bottas won the Russian Grand Prix in Sochi ahead of Max Verstappen and Lewis Hamilton.

Bottas’ teammate Hamilton started on pole as he looked to match Michael Schumacher’s all-time win record, but the British rider was hit with two-time penalties that effectively ended his challenge.

Valtteri Bottas took advantage of a 10-second time penalty handed to Lewis Hamilton to claim his second victory of the season at the Russian Grand Prix and reignite his championship chances.

Hamilton has handed two separate punishments for performing two practice starts outside of the designated area before the start of the race, changing the dynamic of the contest between the two Mercedes teammates.

An incident-packed first lap saw Lance Stroll and Carlos Sainz retire after collisions, with Hamilton holding on to his position under pressure from Bottas heading down the stretch into turn two.

However, Bottas was able to take control of the race when Hamilton had to serve his 10-second time penalty in the pitlane, denying the world championship leader the chance to equal Michael Schumacher’s long-standing record of 91 race victories. [Euro Sports]