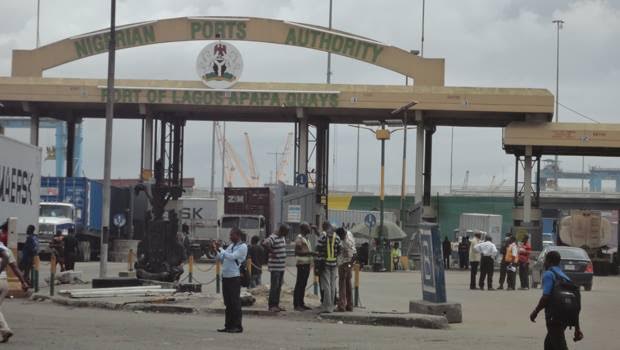 The Federal Government has continued to reap the benefits of the recent closure of the nation’s land borders to import and export as shippers import cargoes through Nigerian ports.

Speaking at a media briefing on the activities of the Apapa Area Command from January 1 to December 18th this year, the Customs Area Controller, Apapa Command of the Nigeria Customs Service (NSC), Compt. Mohammed Abba -Kura said since the beginning of the border closure has increased the command’s revenue.

According to him, the command generated N414billion from January to December 18 2019 as against N404 billion generated between Januay to December 2018, which translates into about 111 per cent of the 2019 annual revenue target.

However, he said the command had the highest revenue figure of N42, 726 billion in the month of October, which is the peak of the border closure. This precedent according to him, gives evidence to positive impacts of the policy, which has reduced incidences of smuggling through the land border and increased legitimate imports through the seaports tremendously.

Speaking on anti-smuggling, he said within the period under review, the Command seized a total of 112 containers of various items that flouted import procedures. He added that most notable among these items are pharmaceutical products, which include tramadol that were imported without the necessary approval from regulatory agencies like NAFDAC.

“Other items include Tomato paste, vegetable oil, ladies and girls fashion wears,  expired rice, armoured glasses without End User Certificate (EUC) and drilling pipes labelled in foreign language etc. It is pertinent to emphasise here that virtually all these seized items are in gross violation of our extant laws and import guidelines. The Duty Paid Value (DPV) for these seizures stood at N12.8 billion.”

He explained that most exported items were agricultural and mineral products. He, therefore, urged exporters using the Apapa Port, to always ensure that minimum International standards are met before exporting their consignment to avoid the recurrent incidences of returning consignments after export.

He also appealed to the importers of pharmaceutical products to respect and comply with the country’s guidelines on importation of these products to rid the nation of counterfeited and prohibited medicaments with its attendant consequences to the nation.

“The huge billions you are losing today owing to non-compliance with import guidelines could have been channelled to other legitimate activities that add value to the nation’s growth and development.

I will fight corruption – Oyo Governor