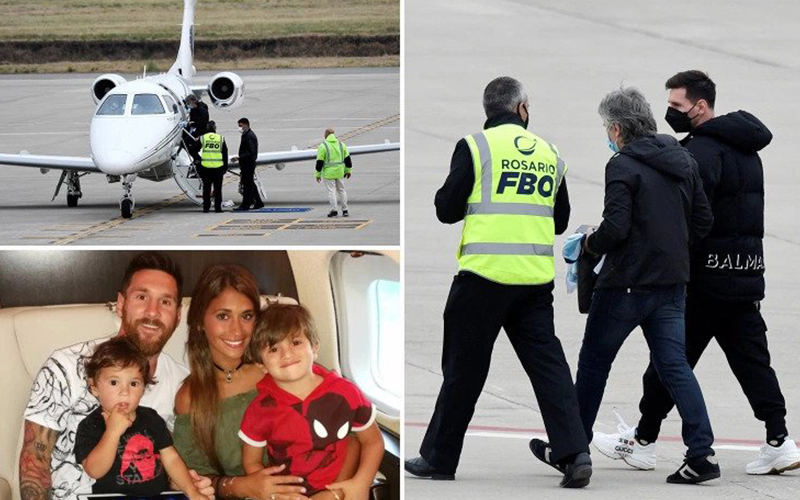 UK Sun reports that the 34-year-old who recently won the Copa America with Argentina was heading for his summer holiday in Spain when a man announced that he has a bomb in his suitcase.

An emergency protocol was immediately initiated by the airport’s security, forcing an evacuation of the airport and the suspension of all flights.

However, the report added that the matter was resolved in under an hour, though the incident caused a serious backlog of flights.

An airport statement read: “At 11:50 am, the airport security police (PSA) activated the preventive emergency plan due to a situation of suspicion.

“The building was evacuated as a precaution.”

As a result of the scare, Messi – who picked up his first international trophy last weekend and had hoped to spend a few weeks abroad with his family, has called off the plans due to security reasons, the report added.

Meanwhile. the six-time Ballon d’Or winner who is currently a free agent after Barca allowed his £480,000-a-week contract to expire in order to renegotiate his staggering wages, due to the financial crisis.

Barca, however, are in talks with Messi over a new contract at the Nou Camp but reports suggest that Premier League champions Manchester City are keen on signing the Argentine this summer.

Related Topics:ArgentinaBarcelonaLionel Messi
Up Next

Arteta positive Saka would bounce back from EURO 2020 heartbreak