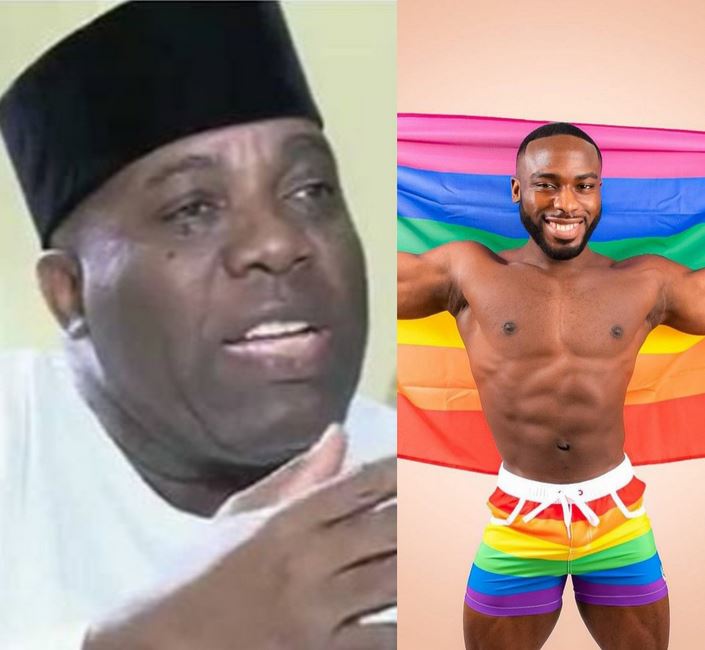 A former Presidential Spokesman, Dr. Doyin Okupe, has stated that his son is not a criminal for coming public with his gay status.

Recall that Wuzup Nigeria reported that Bolu, Okuype’s son who lives in France, publicly declared that he is homosexual on social media.

The matter has since been a topic for public discussion on social media and his father has revealed that he does not agree with his son’s ideology, despite knowing about his sexual orientation for a while.

Speaking earlier on social media, Doyin admitted that his son has a serious spiritual problem, adding that he believes God will deliver his son.

“For me I look beyond the surface or the physical. Here I see a major spiritual challenge ahead but I know as my God liveth, this whole saga will end up in praise to the Almighty Jehovah who I serve day and night.

In another comment on Saturday, Okupe shared a screenshot from a magazine on Facebook that shows another son of his listed among the most influential Africans in 2017.

“This is also my son Dewunmi Okupe, one of Bolu Okupe’s five other brothers. I love all the children God has given me, Bolu inclusive. I pray for them to excel in their fields of endeavours. Bolu will still be celebrated on this wall, in Nigeria and globally, in the name of Jesus.”

He added, “Bolu is not a criminal. He lives in France where homosexuality is not a crime. His present mindset and sexual orientation do not conform to Christian doctrine which I hold to with my life. But I am certain that with the boldness he has made his declaration, he will still use the same attribute to serve God and boldly declare His Glory in Christ Jesus. Mark my words,” Okupe said.

Lady receives 25 cakes as she clocks 25