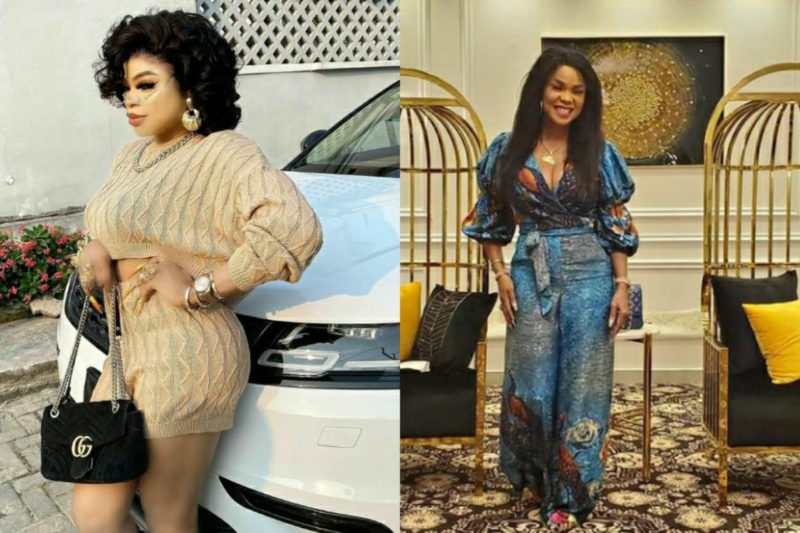 Nigerian crossdresser, Bobrisky has replied actress, Iyabo Ojo for insulting some of her fans who beg on social media.

Recall that Iyabo Ojo released a video on her Instagram page where she addressed the issue of social media users begging celebrities for money all in the name of being fans.

Iyabo Ojo advised rather than beg, they should get a part-time job and stop having a sense of entitlement that they should be helped because they are students.

Reacting to this, Bobrisky wrote:

“I am not in support of celebrities insulting their fans because they beg for money.
“(1) Without Instagram, there are no fans
“(2) Without fans that come together to make millions, no brand will sign you. So stay humble.

“Help d little you can and move on if all your fans are working my dear nobody will follow u o! So I feel insulting ur fans because they beg from you is not right pls. You can ignore them if you can’t. Everybody has a story to tell, so because you sold pure water before making it doesn’t stop u from helping when you make it. Pls dis write up is not meant for anyone pls….. let be guided !!!!!” 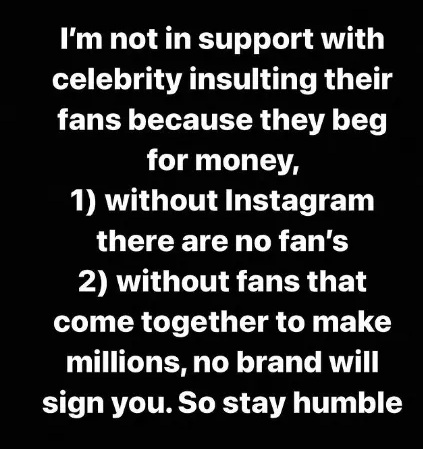 Related Topics:BobriskyFeaturedInstagramIyabo Ojo
Up Next