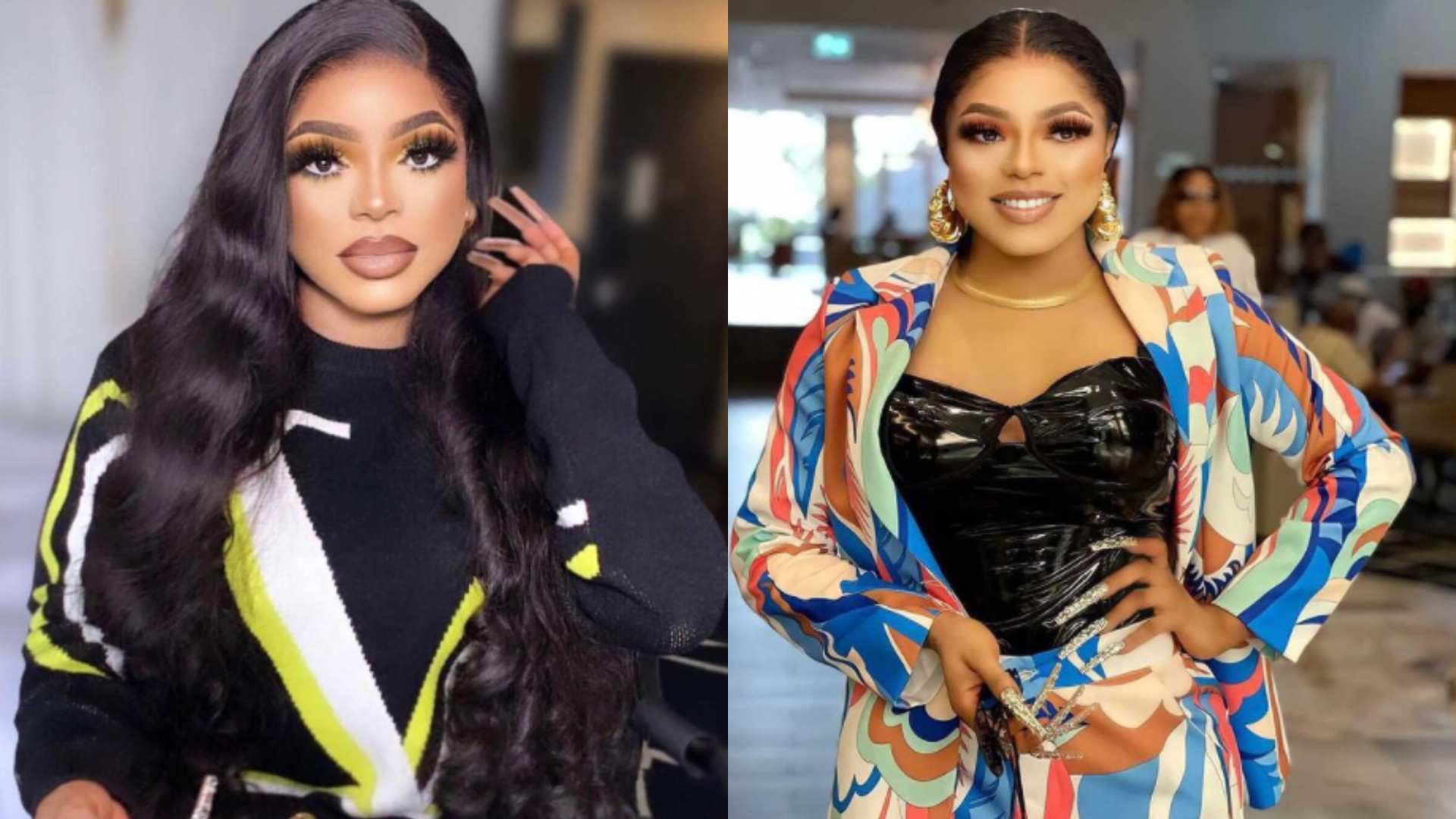 Controversial Nigerian crossdresser Okuneye Idris Olanewwaju aka Bobrisky has taken to his social media handle to reveal that he has fully become a woman.

Weighing into the conversation, the self-acclaimed Nigerian Barbie, via his Instagram page revealed that he could never be accused of rape because he doesn’t have his manhood.

According to Bobrisky, he now possesses female reproductive organs.

”Thank God say I don turn my former thing to Kpekus now, I don join womanhood. If you like accuse me of rape I go just off my pant show them oga police say na kpeKus dey dey”’ 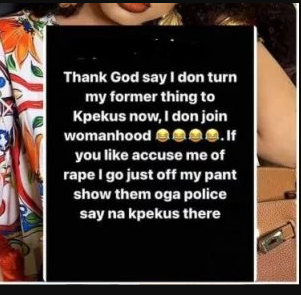 (VIDEO) Baba Ijesha: You should not be counted amongst women – Ada Ameh slams Bukky Black