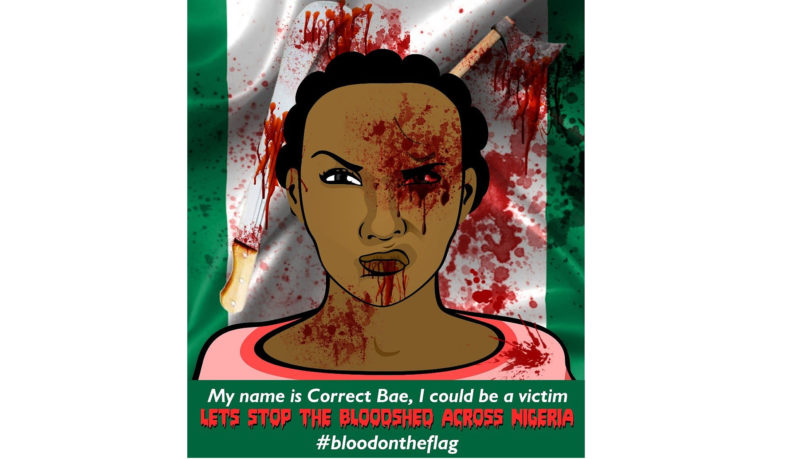 Following the increased spate of killings in Nigeria, especially the mass murder that recently took place in Plateau State as well as the previous ones in the middle-belt region, actors and actress have started an online Protest called “I could be a victim.”

They took to Twitter to launch a campaign which is geared towards putting an end to the killings in Nigeria.

They Hashtag the campaign: #BloodOnTheFlag and they are also calling on other well-meaning Nigerians to Join the movement.

The campaign which is already gathering momentum had a former BBNaija housemate, Ifu Ennada and Comedian Frank Donga performing a short video clip to send a wake up call to others.

Recall that about 200 people were killed by Fulani herdsmen who attacked 11 villages and burnt several houses in Plateau State.

The massacre sparked public outcry both at home and abroad with many Nigerians attacking the government for not stopping the continued attacks.

Below is a video clip from Frank Dunga:

Actors and actress start an online Protest called “I could be a victim” to end the killings in Nigeria.
The Hashtag is #BloodOnTheFlag .. Join the movement.
Here is a clip from Frank Dunga pic.twitter.com/ktXgjFTdsQ

IF ONLY YOU DON’T VOTE THESE MURDEROUS MONSTERS! Mixed reactions trail #bloodontheflag campaign