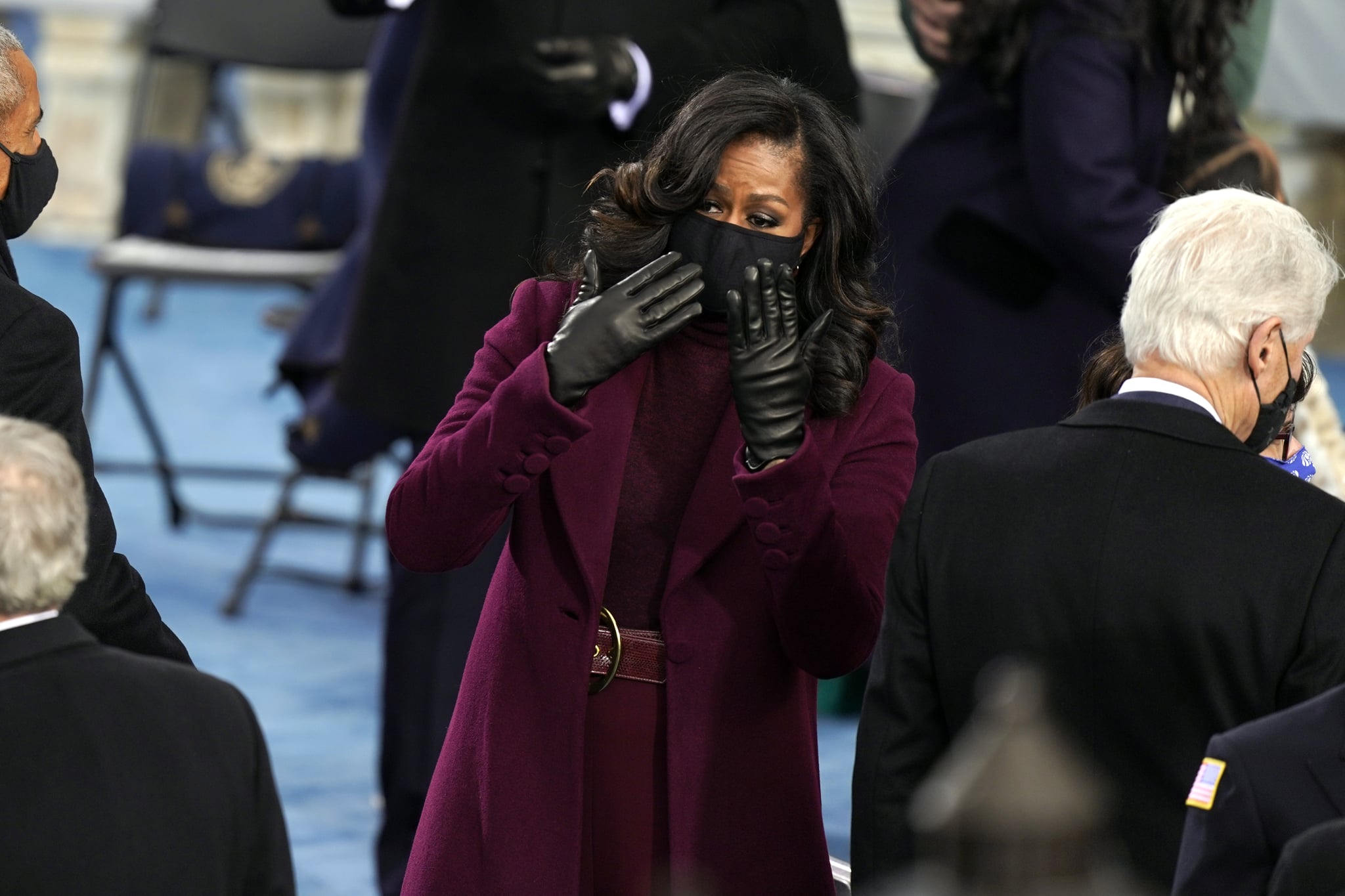 The day belonged to President Joe Biden and Vice President Kamala Harris but the Former First Lady of the United States of America, Michelle Obama, stole the show with her outfit at the inauguration.

She is currently trending on Nigeria Twitter and she is the talk of fashion blogs courtesy of her outfit to the inauguration of Joe Biden and Kamala Harris.

Obama attended the inauguration wearing a matching overcoat and look by Sergio Hudson. The plum-coloured outfit consisted of a turtleneck, wide-legged trousers, and matching belt with a gold circle buckle cinched at her waist.

Sergio Hudson, a Black American designer who has also worked with Rihanna and Beyoncé, has long been a favourite of the former First Lady, harpersbazaar.com.

The outfit even impressed fashion icon and singer Lady Gaga, who told the former first lady “You look so wonderful” while exiting the dais after her inauguration ceremony performance.

Reacting to Obama’s outfit, Nigerian singer via her Twitter account wrote, “Michelle is too cool. Cooler than her husband.”

Obama has voiced her support for Biden during the contentious 2020 presidential race, as well as her hopes for overcoming a difficult and politically strife year.

“We’ve endured so much this past year, from the devastation of the pandemic to the ups and downs of a hard-won election. But what has perhaps stayed with me most is the passionate message of justice and empathy that has defined the Black Lives Matter protests around the world,” Obama wrote on Instagram in December.

She continued, “I hope more people can find it in their hearts to meet these cries for decency not with mistrust, but with love and a willingness to listen. Because as the COVID-19 crisis has made clear, our fates are inextricably bound. If the least of us struggles, we all in some way feel that pain. And, unless we keep speaking out and marching for equality, none of us will ever truly be free. We can’t watch a man choked to death in the light of day and assume that all our children can be safe. We can’t tell people they can use their voices, but then say, ‘Yes, but not right now’ or ‘That’s not the right way.'”