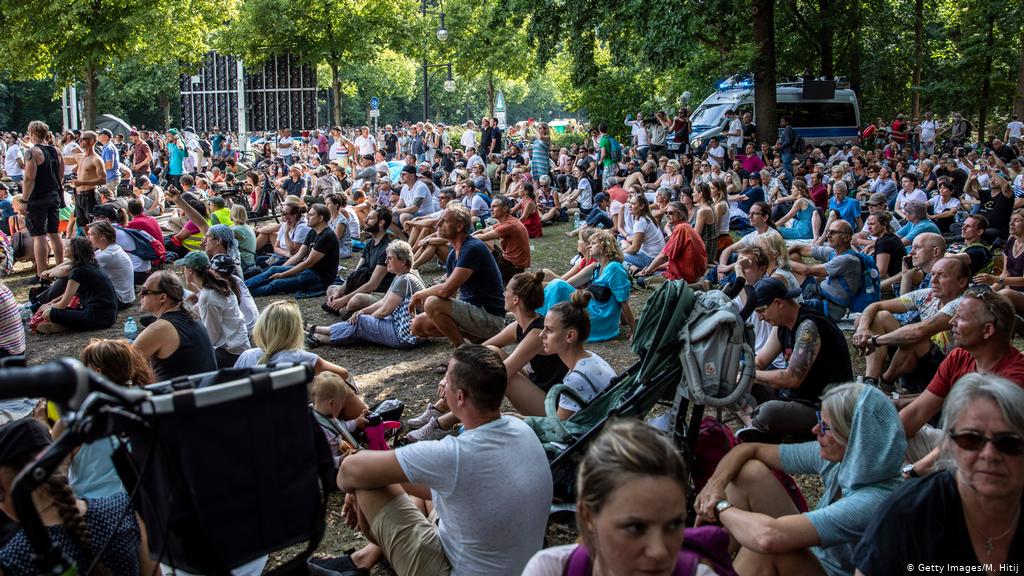 A demonstration against coronavirus restrictions can take place in Berlin this weekend, after a second court ruling to overturn a ban that had enraged protesters.

Authorities had announced the ban earlier this week after an event by the same organizers at the start of the month was broken up because the participants – numbering tens of thousands – were not wearing masks or keeping the required distance from one another.

Berlin state Interior Minister Andreas Geisel had argued that he was concerned that Saturday’s protest would again flout the rules.

He also took aim at right-wing extremists and conspiracy theorists within the movement.

A spokesperson for the administrative court in the capital said the demonstration could go ahead as long as they adhered to certain conditions, for example by maintaining social distancing.

A parade planned for before the demonstration will also be allowed to go ahead, although it will have to take a different route along larger thoroughfares.

Saturday’s demonstrations are being planned by the Stuttgart-based Querdenken 711 (Lateral Thinking 711).

The court made two separate decisions as different members of Querdenken 711 had applied for separate events in different parts of central Berlin.

In the early hours of Saturday, an appeal by police was rejected by a higher court, which gave the final decision to invalidate the protest ban.

On Friday evening, there was another gathering of some 100 Querdenken 711 supporters close to the capital’s iconic Brandenburg Gate.

Berlin chief of police Barbara Slowik said at a press conference on Friday that if Saturday’s demonstration does go ahead, police officers would end the event “very swiftly” if hygiene measures were not being adhered to.

Some 3,000 police officers are to be deployed in the capital on Saturday, including reinforcements from across Germany.

Slowik estimated that up to 30,000 people could attend the coronavirus demonstration, but said it was hard to gauge the number.

Michael Ballweg of the Querdenken initiative welcomed the court’s decision to allow the protest.

“This is a success for our basic rights,” he said in a YouTube video.

Ballweg called for peaceful protests and said “those who call for violence are not with us.”

After the ban was first announced on Wednesday, some said online that the protest should go ahead anyway, and others called for violence.

NBA to resume games after the player protest, turn stadiums into voting sites

Drama as man screams while tattooing his [email protected] (Video)