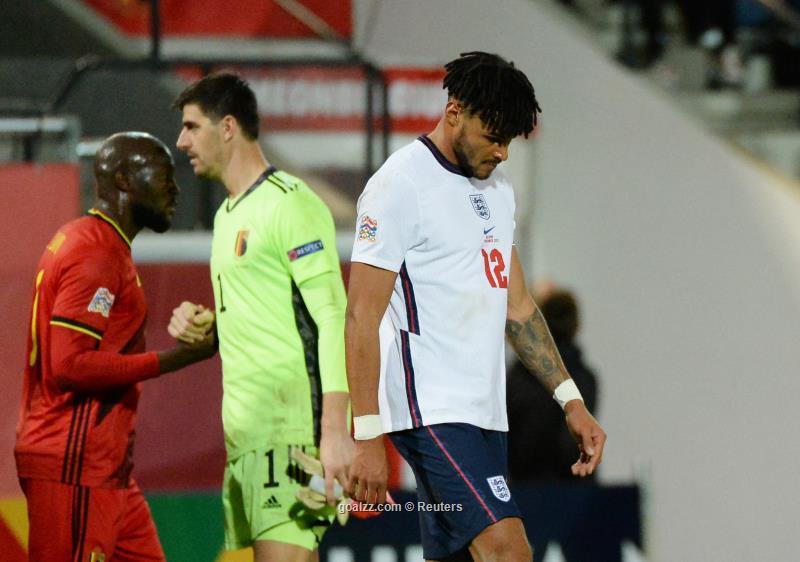 England have missed out on the finals of the UEFA Nations League after suffering a 2-0 defeat to Belgium on Sunday night.

The Three Lions failed to secure the all-important three points against the number one ranked team in international football to keep alive their chances of finishing top of League A Group 2.

Although the English side dominated mostly on the second half, they were unable to unlock the Belgian’s defence despite the commendable efforts of Jack Grealish as well as the introduction of Dominic Clavert-Lewin and Jadon Sancho.

England’s attentions will turn to their final Nations League Group A2 fixture against Iceland at Wembley on Wednesday.

Speaking after the game, Southgate said: “We don’t want to lose football matches, we don’t like losing football matches, but I’ve got to give enormous credit to the team. Right the way through the game [we] created problems with the ball, we defended resiliently.

“Two moments in the game – of course at the end they were going to have some counter-attack opportunities but we recovered well on those, one good save from Jordan – but I thought we were excellent. I really couldn’t have enough praise for all the players.”

Southgate became the first manager to lose 10 matches with the Three Lions since Sven-Goran Eriksson, who lost 10 of his 67 games in charge. This was England’s 10th defeat in 48 matches under Southgate. – OptaJoe