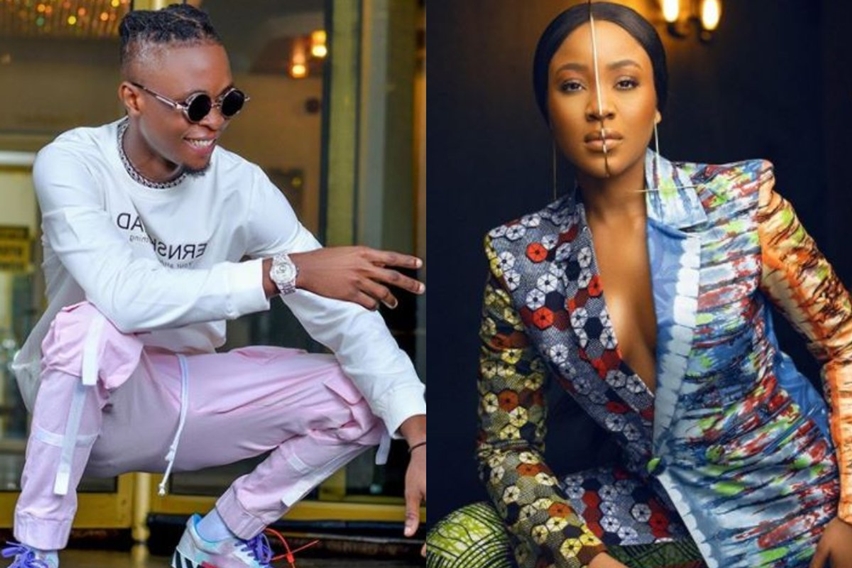 A Twitter user, @DanielRegha, has advised Big Brother Naija 2020 winner, Laycon, to seek forgiveness from a former housemate, Erica, after he complained that some Nigerians are attempting to smear his image online.

His statement comes moments after the reality television star and singer lamented the treatment he received on his return to Nigeria from Liberia.

Taking to his Twitter page, Laycon claimed that he left Liberia in high spirit, having missed Nigeria for a while.

However, shortly after his arrival in Abuja, he was shocked to read how some netizens had been bashing and trolling him endlessly online.

“You know I left Liberia this morning thinking of Nigeria and how much I miss everything here. I landed in Abuja after multiple hours of connecting flights and turbulence, came online to see my own people talking down on my name. …And so they spoke…”

Reacting to his lamentation, @DanielRegha advised the reality star to beg an evicted BBNaija housemate, Erica, for forgiveness.

He recalled how Laycon had made a frantic effort to tarnish Erica’s image during the show because he was overly ambitious and wanted to win. 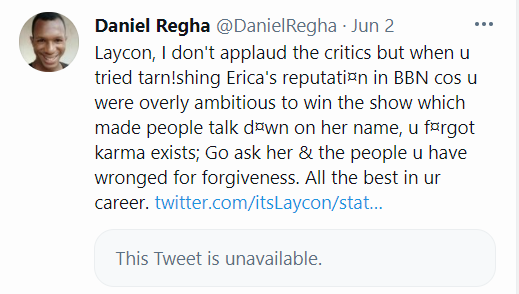 I will expose you, crossdresser threatens Mofe Duncan over alleged debt