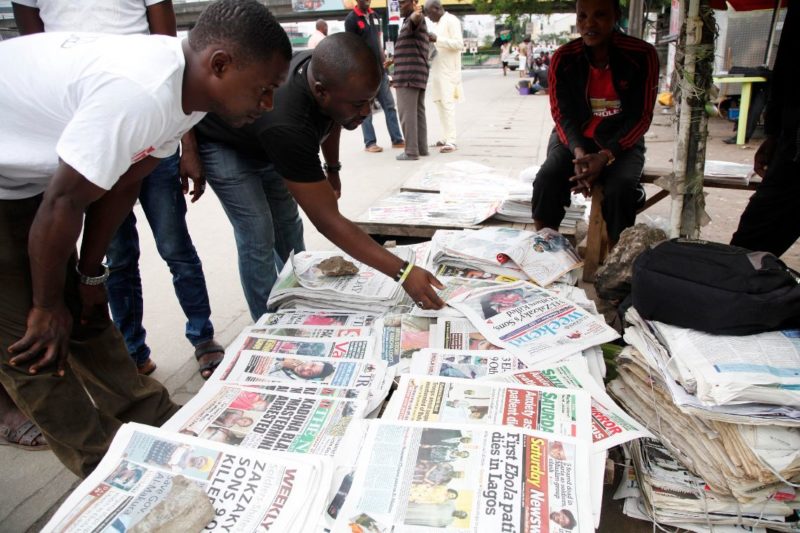 If there is one thing that Buhari is right about, it is that we love foreign stuff more than our own. And that includes him. He could have bought an Innoson as his official car rather than that Maybach, or he could have patronised an Aba shoemaker rather than those Guccis (or is it LVs? I don’t have a sense of fashion).

I recommend, very strongly, that you read this work by ‘Fisayo Soyombo, it was syndicated across various Nigerian media outlets, so it will be hard for you to miss it. He took great personal risk to do this because, from my own knowledge of the Nigerian Police system, he could very easily have gotten lost and never come out again.

After you have done that, then read this, also by Fisayo, about how he drove a car from Abuja to Lagos and back, without papers. When you are done, read this one by nicholas ibekwe about sex for marks in Nigerian schools. It was from four and a half years ago. Then to cap my mini-read list off, watch this one by Guardian Nigeria from October 2017, about codeine.

What is common to all of them? They are excellent pieces of investigative journalism that were done by Nigerian outlets which hit the airwaves, made a small wave, and then the wave died. Then a foreign outlet did the same story, and something gave. When I talked about that attitude a year ago I was called a misogynist. But here we are. Funny thing is that the codeine ban that followed, was as always, an attempt to look like doing something. It did not lead to the institutional changes that would make a dent in drug abuse among Nigerian youth. But hey, I like talking ba?

I lied when I said I’d finished sharing reading list. Please read this by Adewunmi Emoruwa, just so you will get a sense of what Nigerian media goes through.

One of the big problems is a lack of resources, which leads to a lack of time to focus, which is the result of almost all media houses being short-staffed. It took Kiki Mordi a year to film her excellent documentary. Which Nigerian editor will give you that time to do that and almost nothing else?

Which Nigerian media would have the resources and time to chase the Nigerian Army’s Guards Brigade like New York Times Opinion had for this excellent video?

There is so much more to list: the Senator that assaulted a woman in a sex shop, what has happened? What happened to Babachir for the cut grass? The soldiers that killed policemen what happened? The expose on Governor Ganduje, what was the result? The money found in the Ikoyi flat, has anyone gone down? Have we fucking convicted one major financier of Boko Haram?

There’s a lot more, but it’s Monday morning, and I have a staff meeting in a bit.

Addendum: Can Tacha sue Peter Okoye for a breach of contract? II BY Akintunde F. Adeyemo