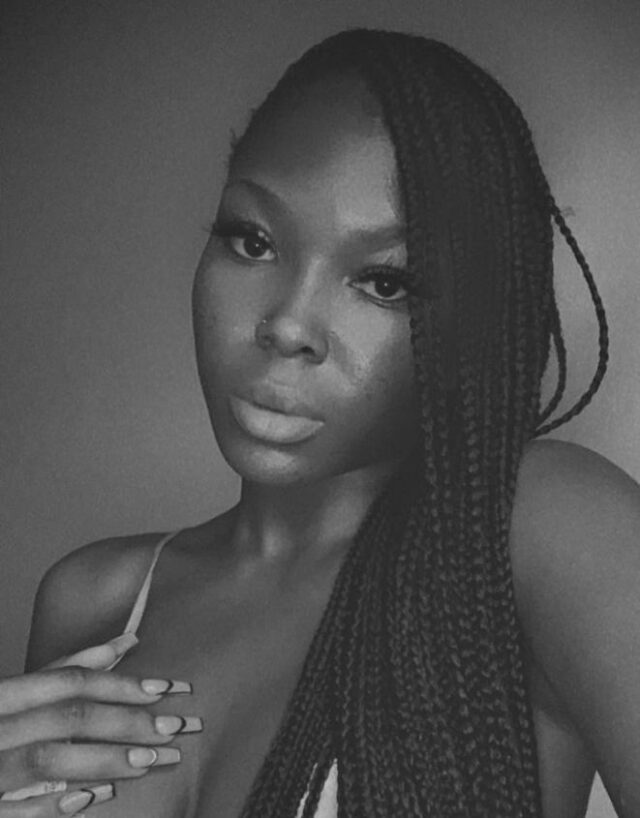 BBNaija season 5 finalist, Victoria Adeyele aka Vee has reacted after a troll attacked her makeup free photo.
The singer had taken to Twitter to share a no-makeup photo of herself and wrote, “chillin with no make up on..”
Fans of the reality star lauded her for still looking beautiful without makeup.
However, a bitter troll with Twitter handle @KingDAVIDkASH took to the comment section and called Vee an “ugly thing”. 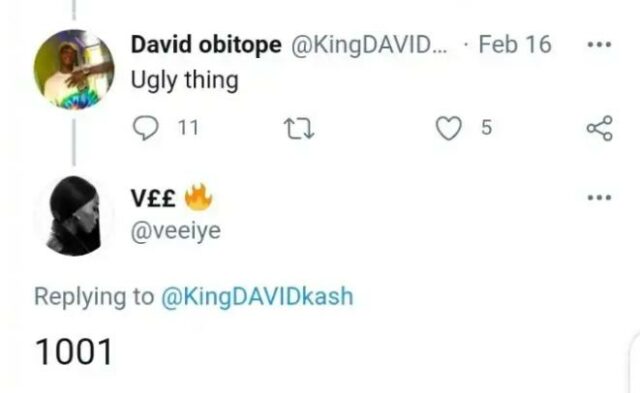 Reacting to the troll’s comment, Vee instantly blocked him and revealed that he is the 1001 Twitter user she has blocked on the platform.
She also shared a celebratory video for reaching a milestone after blocking 1000 “dickheads” on the micro-blogging platform.
See her Tweet below;

1000 people blocked. Couldn’t have done this without you dickheads ❤️ pic.twitter.com/p98U2y6EI7

Meanwhile,  Victoria Adeyele popularly known as Vee has spoken up after seeing a video of her boyfriend, Neo kissing another woman.

The singer’s boyfriend and fellow reality star recently featured in a movie titled, “Sis rose” by Blessing uzi.
In the movie, Sister Rose was a reverend sister who’s in love with Valentine (NEO) but is restricted from going to see her boyfriend because of her position as a Reverend sister.
However, on Valentine’s day, she decided to take a drastic decision to visit Neo.
Neo, in the movie, kissed and touched Sister Rose, and his girlfriend, Vee has taken to Twitter to speak about his character in the movie.
MORE READING!  Comedienne Emmanuella celebrates 11th birthday
Related Topics:BBNaija's VeeFeaturedMakeupTwitter
Up Next

It’s not easy to be beautiful, I’m the complete package, BBNaija’s Erica declares