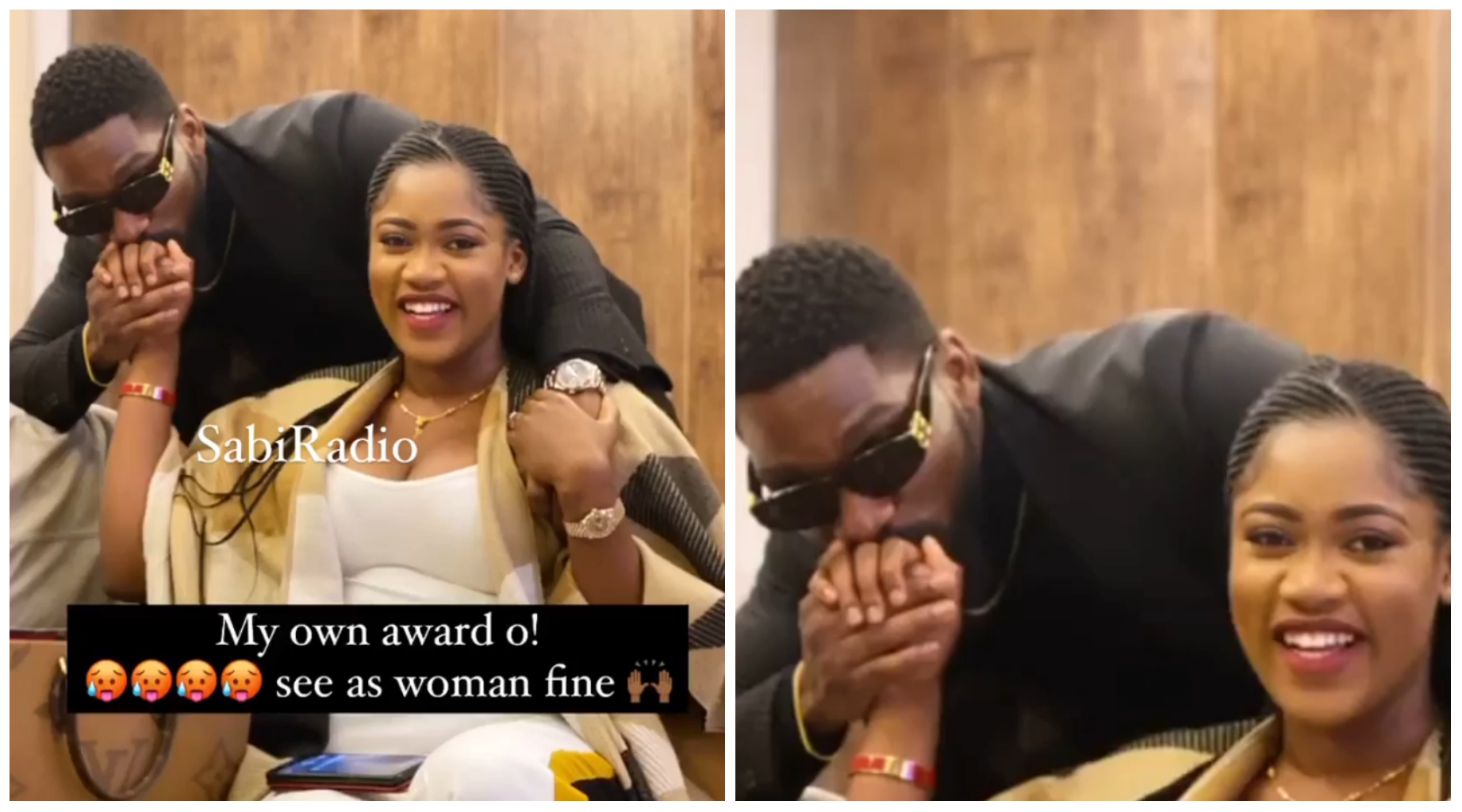 Former Big Brother Naija housemate Tobi Bakre has finally shown off his woman, Anu Oladosu, months after it was rumoured that they were dating.

Tobi Bakre who has been consistent after his participation in the BBNaija shoe wX at some point was rumoured to be dating fellow reality star Cee-C.

Tobi Bakre has now finally shown the whole world what his fiancee looks like and she is beautiful.

The talented actor and brand influencer was one of the top personalities that graced the 14th Headies Awards show which took place last night in Lagos and he was in attendance with her.

He shared the photo via Instagram and captioned it

In other news, Julia Olaotan, wife of veteran Nigerian actor, Victor Olaotan, has cried out to Nigerians as her husband is still in a Turkey hospital battling with the effects of a traumatic brain injury he suffered after a ghastly car accident in October 2016.

The former Tinsel’ star, who is popularly known as Big Daddy, turned 69 on Wednesday, February 17, but sadly is still been hospitalized.

His wife, Julia, has been relentlessly seeking support for him and some actors have also solicited support on Olaotan’s behalf.

Recall that in 2019, billionaire businessman and philanthropist, Femi Otedola donated N30m to the actor.