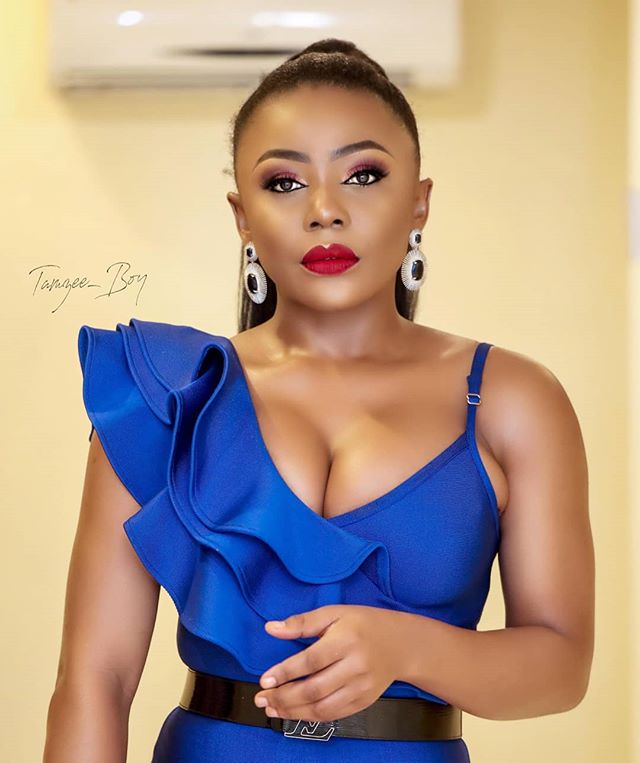 Recall that Ennada in a post on her verified Instagram handle sent hearts racing as she appeared in a sexy photoshoot where she wore black underwears.

However, in a recent post on her Insta Story, Ennada said that “some men are stupid…” without revealing reasons but it appears that she received some unwanted remarks regarding her lingerie photos.

She added, “This lingerie pictures I posted have brought a lot of reaction from different quarters, especially randy useless men who think I’m trying to get their attention. First of all, I can comfortably house and pay some of your bills. The fact that I don’t post lifestyle here doesn’t mean I’m broke or not making it in life. Some of us just keep working and winning in silence for a reason…

“Meanwhile, most of the men that make sense aren’t even active on IG. Make everybody respect themselves abeg.”

Meanwhile, the self-acclaimed award-winning actor revealed that she is still seeking for a man to be her Valentine date.

“So Nobody Wants to Hook me Up with a Valentine’s Day Date? Ah! Aye Mi! I bin think say una love me o,” she said.

I went to school after marriage – Iyabo Ojo

If you bring me drama, I cut you off, BBNaija’s Erica warns