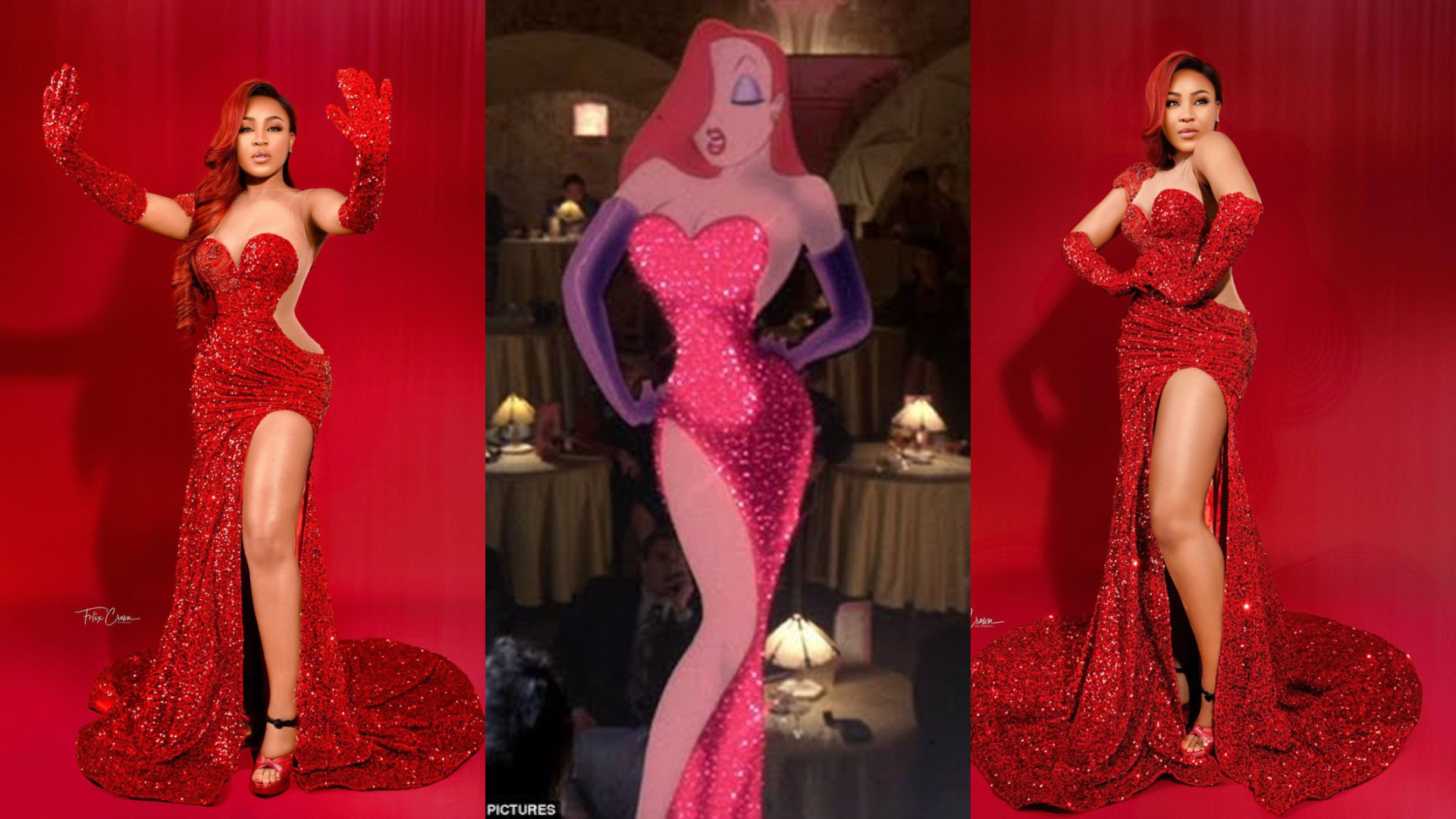 The former BBNaija housemate left her fans stunned as she shared the iconic photos on her social media pages, shortly after releasing her Valentine-themed photos.

The actress did a fantastic job at replicating the dress donned by the fictional character.

Erica took to her Instagram page to share the photos of herself in a red dress with a thigh-high slit and love-shaped breast covering.

She later revealed on her Twitter account that the dress was a recreation of the signature dress worn by the cartoon character throughout her appearance in the animated series. 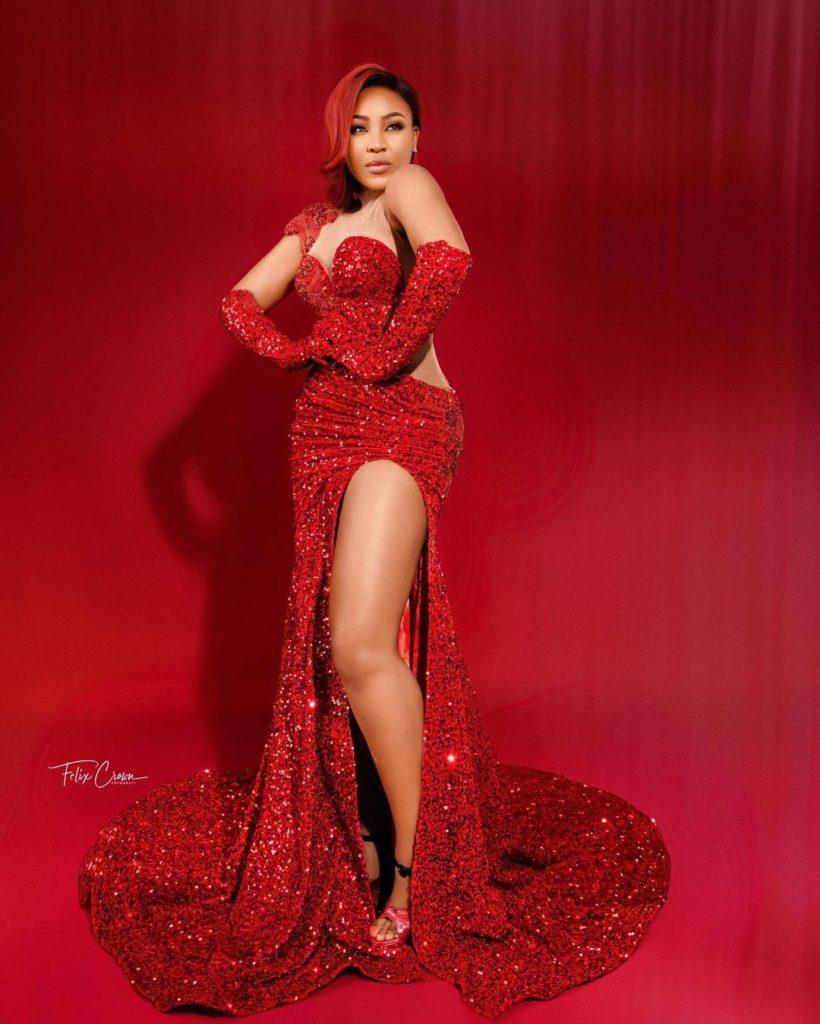 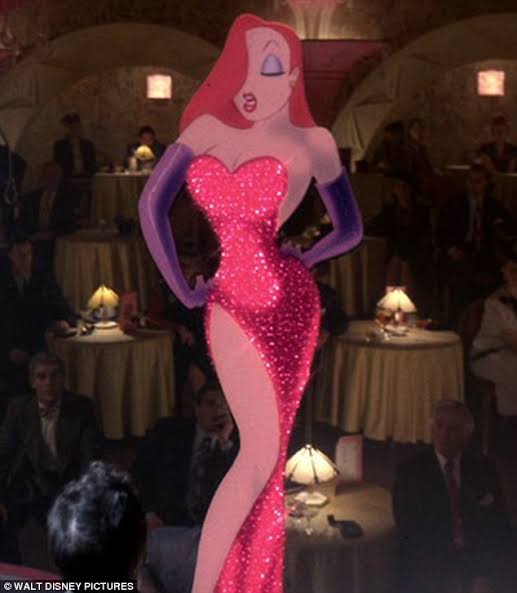 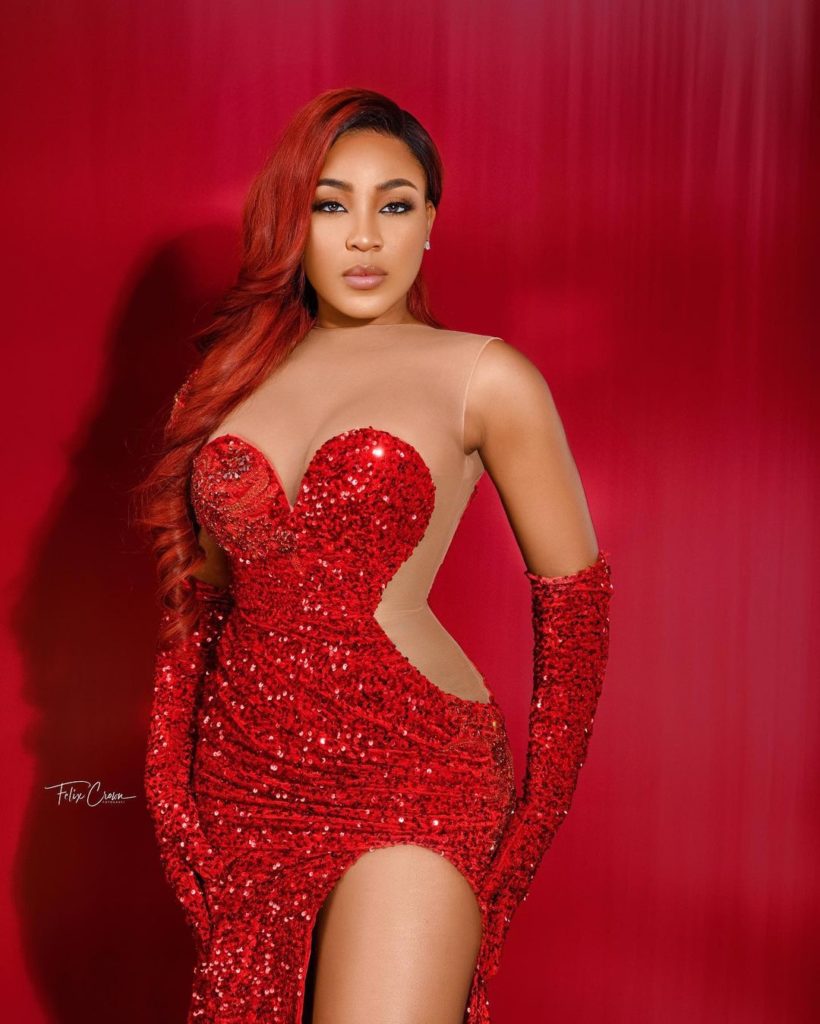 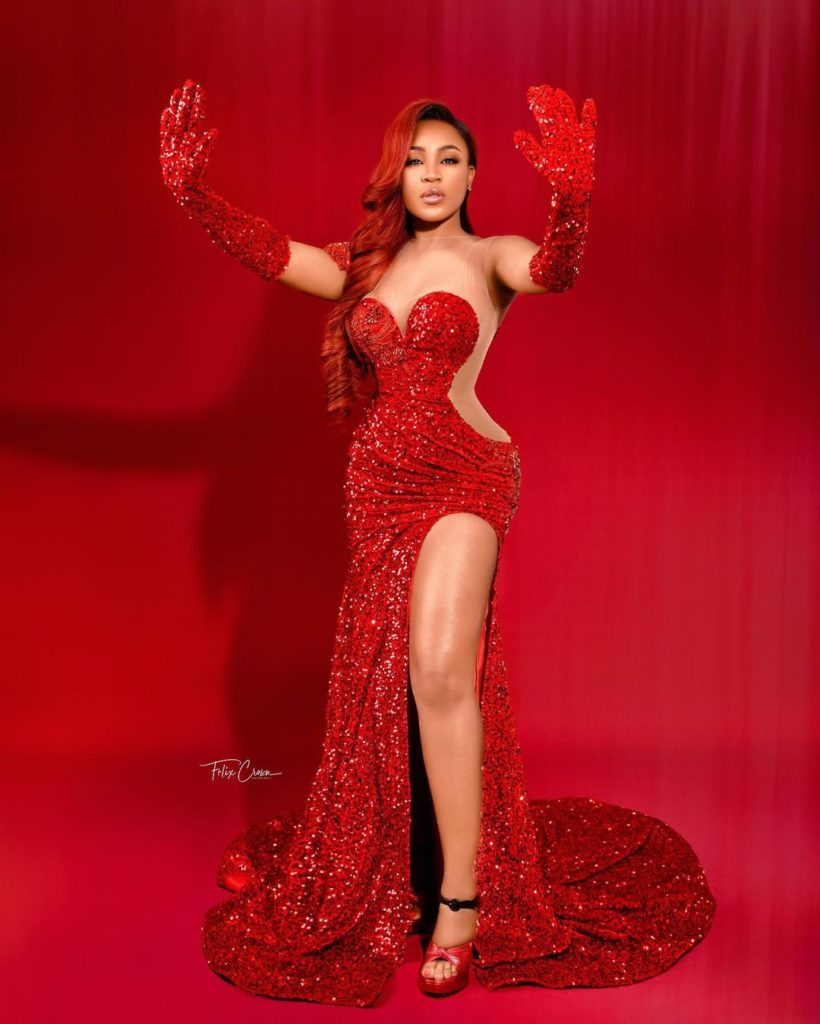 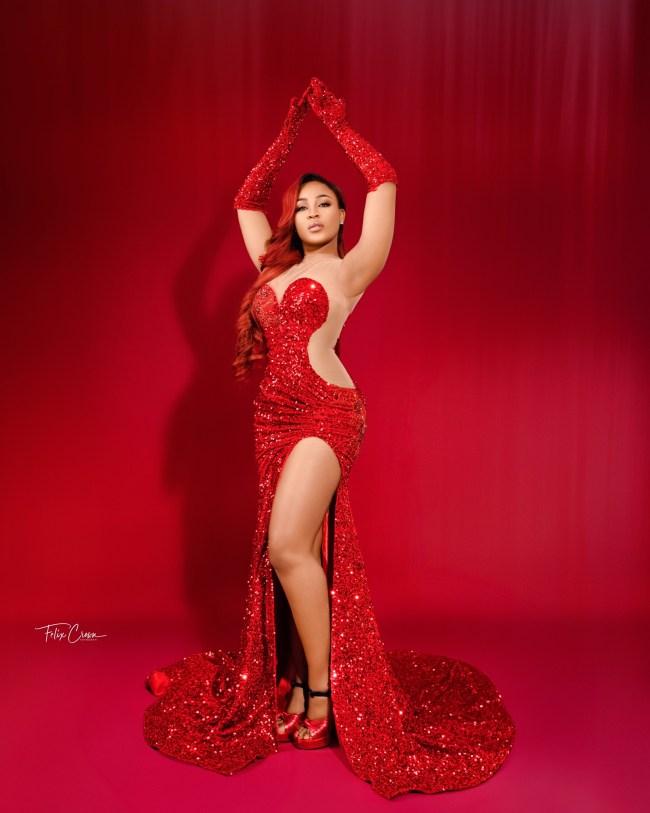