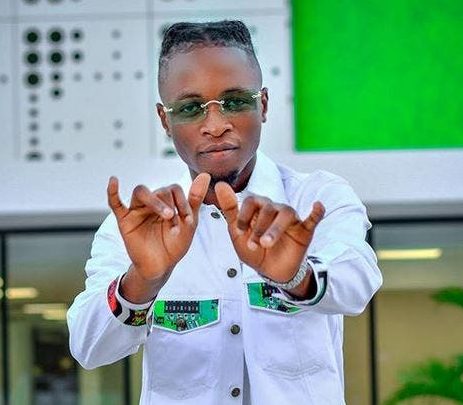 Williki told newsmen on Wednesday in Lagos that he saw the potential in Laycon, also a rapper artist, from the onset.

The reggae musician said he was proud to be identified with Laycon’s victory, saying, “he exhibited outstanding character and relationship with 19 other housemates through the 71 days BBN lockdown edition.

“There is something unique about Laycon. I saw in him that survival instinct, peace of mind, happy soul, free minded, doesn’t hold grudge and doesn’t have spontaneous anger.

“He remained focus in spite of different attitude displayed by other housemates, and his response to anger is at snail speed and anyone with such spirit will succeed.

“Congratulations to Laycon, my wife always gave him 1,500 votes anytime he was up; so, he was our favourite from the third week, and we are happy that he won,” he said.

The reggae artist said Laycon’s achievement was a plus to the music industry, noting that it would create a good platform to develop his music career on rap beat to stardom.

Williki said the 26-year-old BBN winner merited his appointment as Youths Ambassador and the gifts donation of N5 million and a three-bedroom bungalow by Gov. Dapo Abiodun of Ogun.

“This is a good thing about conducts and behaviour; you might not know that people out there are watching.

“Today, Laycon has become a celebrity and a personality of high reputation,” he said.

It was gathered that the season 5 BBN winner is a graduate of Philosophy from the University of Lagos.

He started his music career at a tender age and rose to be a rapper, singer and a songwriter.

Laycon was among the 10 artists that performed at the 2014 Coke Studio UNILAG event, also a top 10 finalists of the 2017 MTV Base LSB Challenge.

He was signed into Fierce Nation Record Label in 2019 and then released “Senseless’’ on Aug. 28.

How my bestie fed my boyfriend information about me – Mimi Orijekwe

Why we didn’t join protest against SARS – M.I Abaga, Olamide