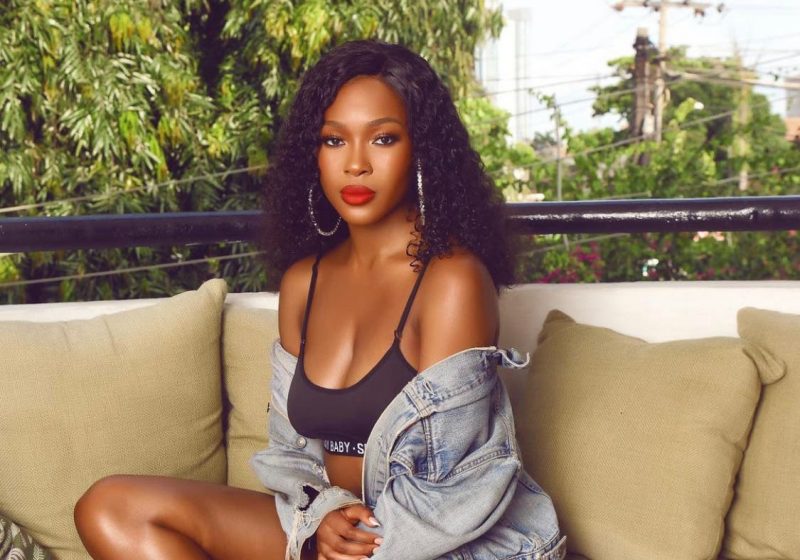 Reality TV star and budding singer, Victoria Adeyele also known as Vee, on Monday announced that she has been admitted in an undisclosed hospital.

While allaying fears of her followers, the former BBNaija housemate disclosed that her hospital admission became pertinent when the result of her diagnosis returned positive.

Vee, who reassured fans via her Insta-stories on Monday that she is recuperating, disclosed that she was diagnosed of chronic malaria and typhoid.

Vee, who doubles as a singer shared a photo via her social media page, which captured her on an admission bed receiving drip.

“Just a really bad case of typhoid and malaria. I’ll be okay”.

Her emotional post elicited loads of get-well-soon feedbacks from fans and followers who earlier expressed concerns for her safety. 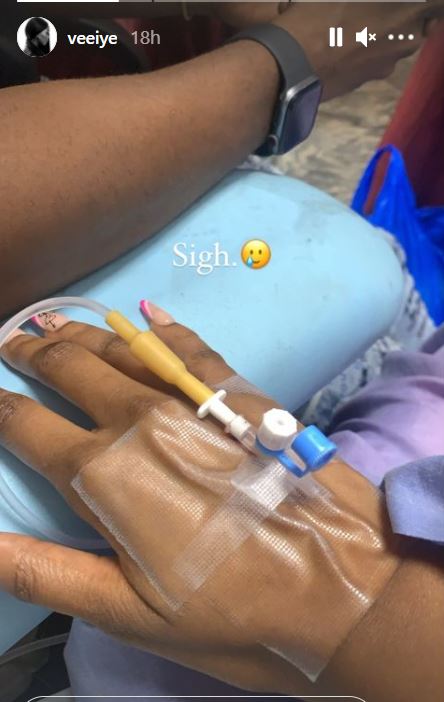 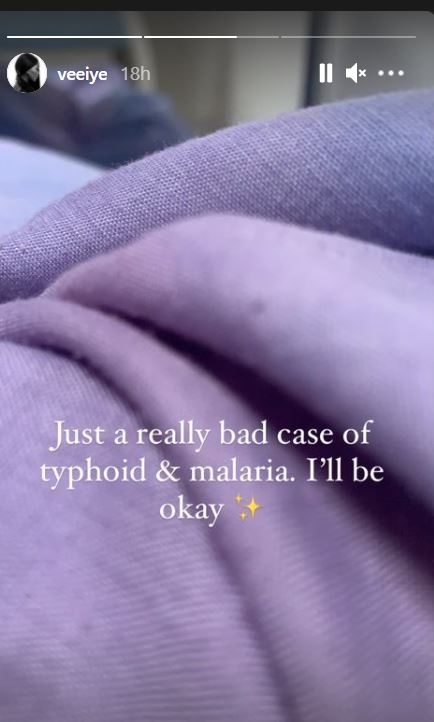 See some of the get well soon messages she received from fans below;

An Instagram follower @topman_tech wrote said he prays that she speedily recovers.

@sweet_schocolaite calling Vee her favourite girl prayed that she get well soon.

“Get well soon my favorite girl”