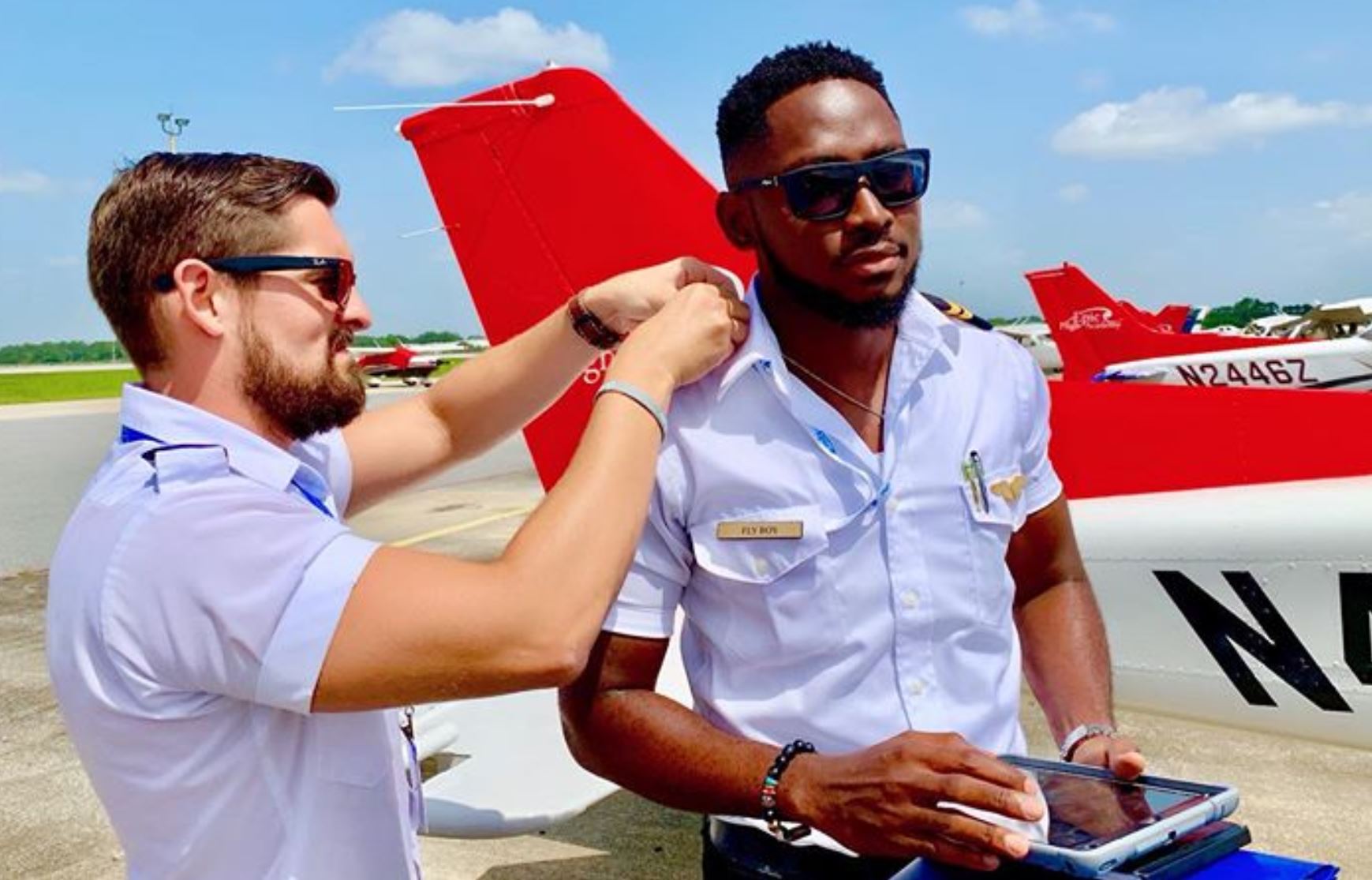 The excited BBN former housemate made the announcement on his Instagram page and posted photos of him being decorated.

“A lot of turbulence while en-route but finally landed.. ✈️“Instrument Rated!”😎.. It’s only Your Grace Lord..

“Thank🙏🏾 You.. and to everyone who has supported meh thus far, I Appreciate 🙌🏾… GOD Bless,” Miracle wrote.

His close pals and former housemates Tobi Bakre and Alex Unusual congratulated him on his IG page.

MORE READING!  Seyi Edun replies lady who mocked her for not having child

The trio were very close during their stay at the house and nicknamed “Toralex.”

Miracle who gained popularity over his sexual escapades with former love interest Nina, had always talked about his dreams of becoming a certified pilot.

He was in aviation school prior to the BBNaija show, and however, returned to complete his training immediately after winning the N45 million.

On his return from the reality show, former Imo State governor, Rochas Okorocha, hosted the housemate and gifted him $25,000.

While presenting the money to Miracle by on behalf of Rochas Foundation, Mrs Uloma Nwosu said the money is meant for his provisional admission as a student pilot abroad.

Miracle had in 2018 announced acquisition of both Private Pilot License (PPL) and Flight Dispatcher License (FDL).

An Instrument Rating, in Aviation Parlance, is a qualification that pilot must have in addition to a Private Pilot or Commercial Pilot License to fly under Instrument Flight Rules (IFR).

Cardi B could spend eight years behind bars: Attorney