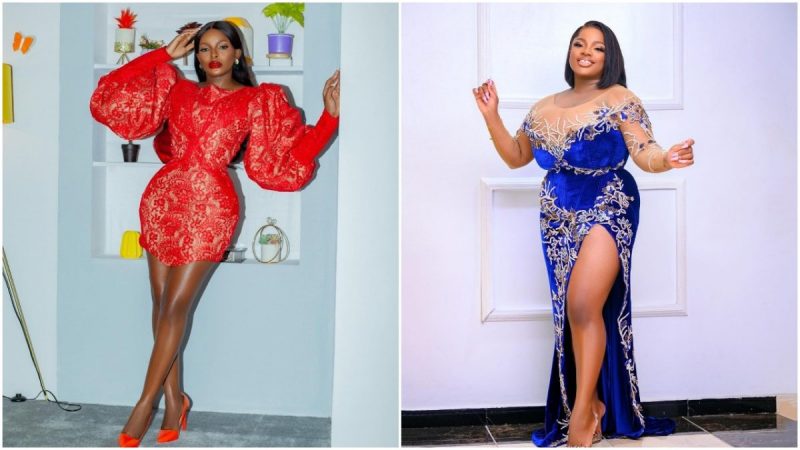 The most anticipated Big Brother Naija reunion is here and as you can tell from the very first episode, it is going to be a non-stop drama.

In the latest episode, some fans of the show had misinterpreted a certain tweet from Wathoni for body-shaming, targeted at fellow housemate, Dorathy.

Wathoni had tweeted that ‘the balloons were found shaking’.

In what seems like a domino effect, fans of the Reality TV star came for her as her tweet gave a subtle impression that she was probably throwing shades at Dorathy.

MORE READING!  BBNaija: Why I think Maria, Pere nominated me for eviction - Whitemoney

Wathoni, however, defended herself saying that she was literally referring to the balloons that were on set during the filming.

Wathoni further explained that she knows first-hand what body shaming does to a person, coupled with the fact that she was insulted for her armpits by viewers during the show.

She said, “Totally lost me at body shaming. Abi una no see love balloons on set or it’s just in an attempt to troll as always. Ngwanu nau Coming from those who legit body shamed my beautiful armpit’s.”

Disgruntled with her explanation, she later tendered an apology to Dorathy, insisting that she would never for any reason body-shame her.

“I’ll do this because I stand for so many things but body-shaming.”

“Now those who misinterpreted my words I never body-shamed Dorathy Bachor and will never do that even in my next life.”

“Dorathy, Incase you also misinterpreted what I wrote I am publicly apologizing to you.

Again I did not and will never body shame you. @thedorathybachor “. 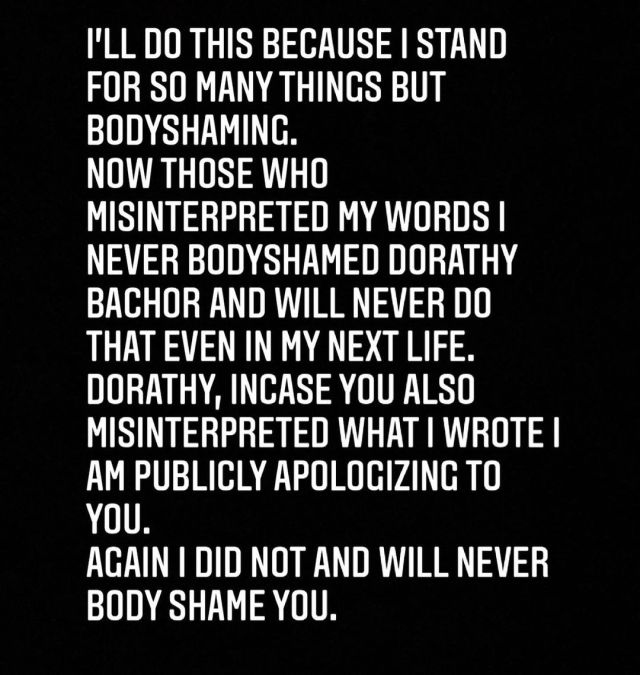