Biggie has a surprise waiting for the BBNaija top five finalists as they prepare for their last Saturday night party.

Earlier today, the housemates were talking to themselves and making plans for the outfits they would put on for the party, little did they know that biggie has planned what is probably the biggest surprise of the season.

On their official Twitter handle, Big Brother announced that the evicted housemates would be partying with the Top 5 in an all-white themed party.

“It’s the final Saturday Night Party in Biggie’s House and the special guests will be a few of the faces you love and haven’t seen in a while.👀

Give your favourite Housemate a reason to smile by Voting! Voting closes tonight. ⌛️“ 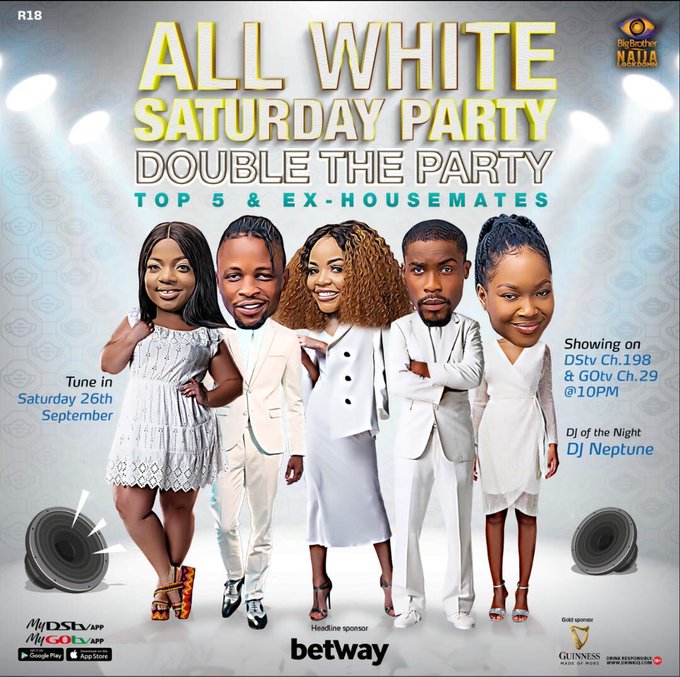