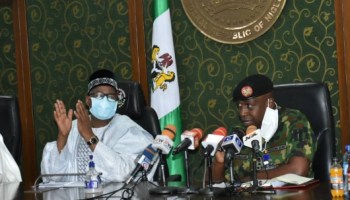 Malam Mukhtar Gidado, the senior special assistant on media to Gov. Bala Mohammed, made this known in an interview with the newsmen in Bauchi on Wednesday.

”We commend the management of the state rural electrification agency for initiating , supervising and excellent execution of the job” he added.

He said the project involved replacement of damaged electrical wires, poles and replacement of transformers and other complimentary accessories that would ensure uninterrupted power supply in the benefiting communities.

”The whole idea is to boost the economy of the people in the communities as well provide dividends of democracy as promised during campaigns,” he said.

He called on the communities to ensure that the electrical installations are not destroyed or tampered with.

MORE READING!  PHOTOS: Lady whose ex-boyfriend demolished house he built for her poses on remnants

Gidado encouraged the communities to set up surveillance and monitoring committees to protect the installations.

Jeff Bezos to step down as chief executive of Amazon