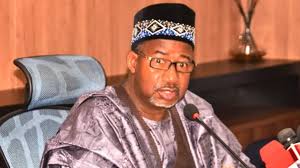 Governor Bala Mohammed of Bauchi state, on Thursday, directed that the sum of N500 million naira, out of the monies saved from ghost workers in the state, be set aside to pay the gratuities of some retired civil servants in the state.

Mohammed disclosed this in Bauchi while serving as Special Guest of Honour, at the launch of the inaugural edition of the state Correspondents’ Chapel of the Nigeria Union of Journalists (NUJ)’s magazine, titled ‘Correspondents’ Watch”.

“Somebody has told me to pay gratuity, yes! I’m paying the gratuity. Just yesterday, I directed that N500 million naira be set aside to pay gratuity. This money is secured from the resources we are freeing from those we refused to allow to be ghost workers.

“This is what we have gotten over the period and we are applying it to pay gratuity for local governments and the state,” Mohammed said.

The governor, who said that the problems and challenges of retirees were close to his heart, promised to do something to effectively address their plight.

Mohammed reiterated that he would continue to free resources, make good procurement to build roads and other developmental projects, that would improve the lives of the people of the state.

Launching the ‘Correspondents’ Watch’ magazine, the governor appreciated all journalists who had been reporting the state government objectively.

He advised journalists in the state and around the country, to always be circumspect of reports before publishing, especially on issues that can heat up the polity, such as farmer-herders clashes, as well as religious and cultural differences.

Earlier, Malam Ahmed Mohammed, the Chairman of the Bauchi Correspondent’s chapel, appreciated governor Mohammed for honoring the invitation to serve as the Special Guest of Honour at the launch.

He assured the governor that journalists would continue to use their pens to contribute positively to the development of the state and the nation at large.

“I want to appeal to my dear colleagues to be cautious in their reporting. One wrongly-worded headline can spark a fire that may burn down the entire nation or cause irreparable damages to the society or the person affected.

“We may feel that we can retract a story, but news stories are like oil, you can try to wipe the spill but you may never get it all back,” he said.