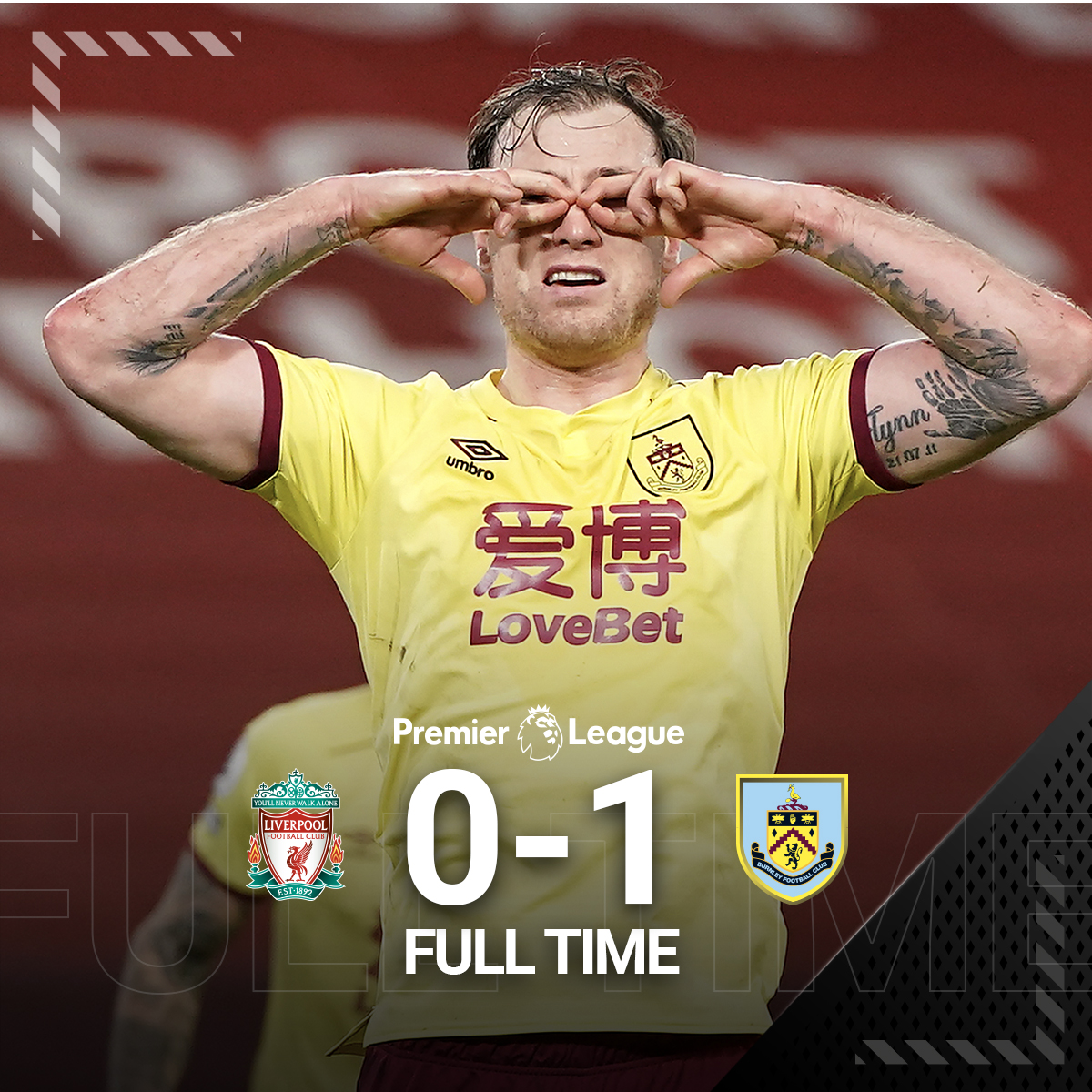 The Reds went into the game with just one goal in four matches in the Premier League, having drawn their last four matches, including last weekend’s match against league leaders, Manchester United.

Jurgen Klopp’s men had more attempts than they had in their last four games in the first half with 12 shots and six on target but failed to hit the mark.

Divock Origi would have broken the jinx for the defending champions in the first half but he missed a sitter by hitting the woodwork in a one-on-one situation with Nick Pope.

The introduction of Mohammed Salah and Roberto Firmino for Origi and Alex Oxlade-Chamberlain in the second half did little to change the tides in favour of the home team as they struggled to break the sturdy Burnley defence.

The deadlock was broken with ten minutes to the end of the game when Allison Becker brought down Barnes in the Liverpool box and the striker’s composed finish sealed the win for the Clarets.

Barnes’ goal against Liverpool is his first goal of the year and his 100th career goal for Burnley.

Burnley have now managed to record their first-ever win in Liverpool’s backyard since September 1974 (0-1) when the Clarets’ current coach, Sean Dyche was just three-years-old.

Liverpool will be hoping to bounce back when they head to Old Trafford on Sunday for an FA Cup clash against Manchester United.