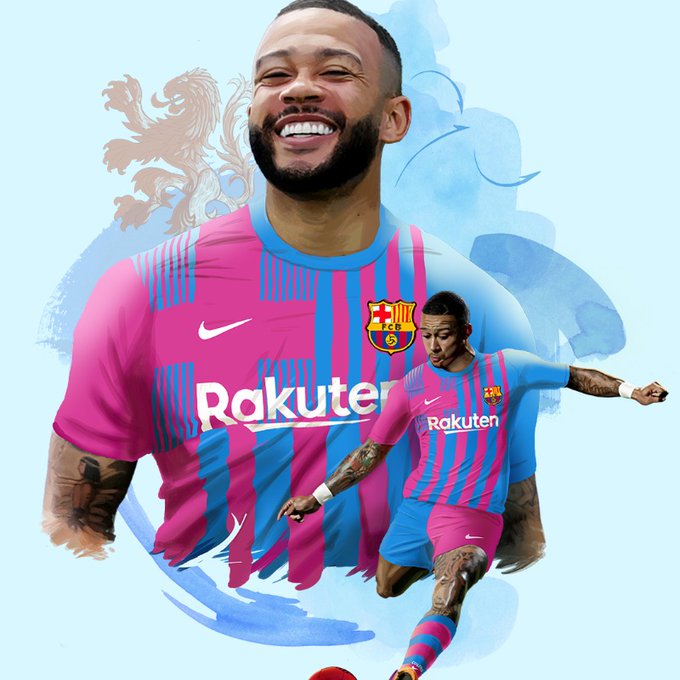 Spanish powerhouse, Barcelona, have announced the signing of former Manchester United attacker, Memphis Depay, on a two-year contract, starting next season.
The Lyon striker would begin a new life at the Nou Camp when his contract with Lyon expires at the end of this month, according to a statement released on the club’s website.

Depay joins his countryman, Ronald Koeman who heads Barcelona, to become the Blaugrana’s third signing on a free transfer this summer after moves for Sergio Aguero and Eric Garcia were sealed.

“FC Barcelona and Memphis Depay have reached an agreement for the player to join the club once his contract with Olympique Lyonnais is at an end. The player will sign a contract until the end of the 2022/23 season,” the club’s statement read.