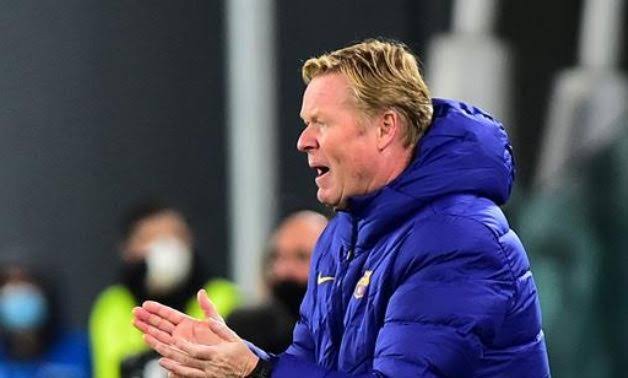 Barcelona head coach, Ronald Koeman has set his sights on an unbeaten run and a victory in the El Clásico after moving a point closer to league leaders, Atletico Madrid.

Speaking during the post-match interview, Koeman whose Barcelona side brace up for a crunch Clásico against bitter rivals/defending champions Real Madrid on Saturday is optimistic that his side can defeat Zinedine Zidane’s men and go unbeaten till the end of the season.

“The team is capable of winning the games we have left but today was also a reminder you always have to be at your very best and you have to be clinical,” Koeman told reporters.

“We weren’t feeling fresh today, maybe because of the international break, but if we get back to how we were before then we’re capable of winning all our games.”

“We didn’t make a great start to the game but we improved in the second half, we changed the system and made some substitutes and were a lot better,” Koeman added.

Barcelona could be one point behind Atletico but a slip against Real who are two points behind them in third place could swing the momentum in favour of the defending champions who aim to retain their trophy.

“You have to give credit to the team for their mentality as they were always on the lookout for the three points. It was a very difficult game, we were not at the top of our game but sometimes you have to know how to suffer and in the end we deserved the victory.”

Barca visit third-placed Real Madrid next Saturday and whoever wins the ‘Clasico’ will go top of the table before Atletico visit Real Betis the next day.

Koeman added: “It was so important to win tonight, we’re only one point behind Atletico and we’re ahead of Madrid. We’re at the decisive stage in the title race and it’s going to be exciting right until the end.”

UCL: Varane out of Madrid’s clash against Liverpool after testing positive to COVID-19