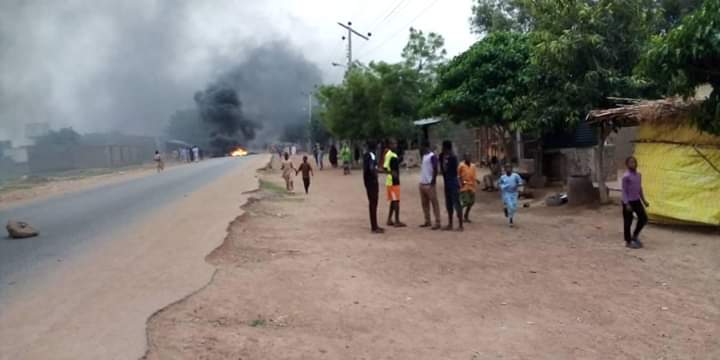 The Kaduna State Commissioner for internal Security and Home Affairs, Samuel Aruwan, who confirmed the incident, said several others were left with bullet wounds.

He said 14 people were killed on Saturday by armed bandits at Kutemeshi village in Birnin Gwari and five others killed at Kujeni village in Kajuru on the same day,.

Also, some shops were looted with valuable items carted away by the attackers during the operation.

In Kujeni village of Kajuru local government, five people were killed by the bandits including Bulus Jatau, Hanatu Emmanuel, Bitrus Tuna, Yohanna Mika, and Monday Ayuba while two others were injured.

Aruwan further stated that some of the injured have been moved to a neighbouring state closer to Kutemeshi for urgent medical attention, while others are in transit to an orthopaedic hospital in Kaduna, while only 14 corpses have been recovered from Kutemeshi so far.

Meanwhile, Governor Nasir El-Rufai, who has been monitoring the security situation at the various locations since Saturday, has expressed sadness over the attacks.

The governor who condoled families that lost their loved ones offered prayers for the repose of their souls and a speedy recovery for the injured.